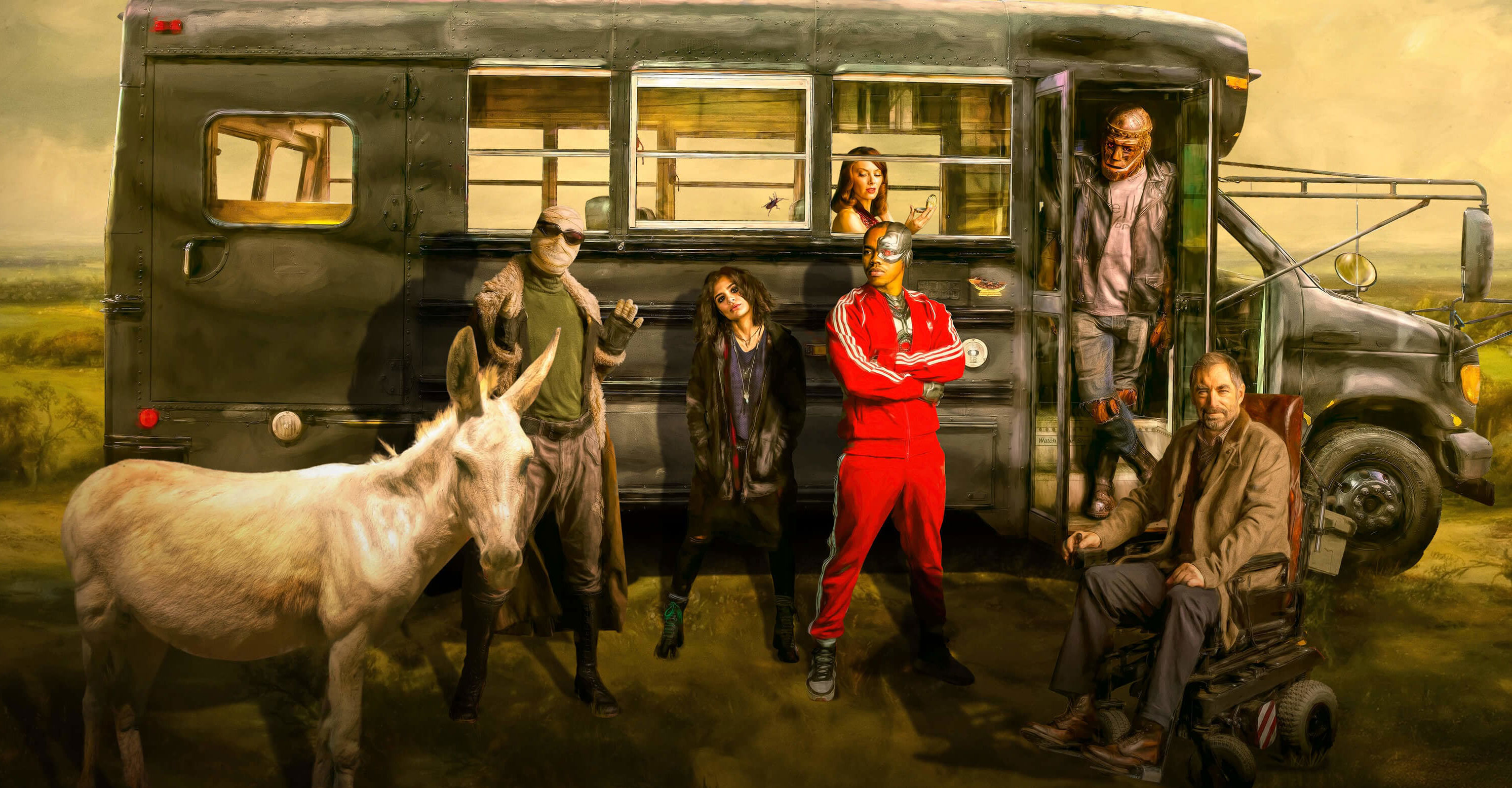 Quinny·
Podcasts
·August 6, 2020
Reader Rating2 Votes
52
It's weird in a way that beggars belief. This is absurdist, surrealist, superhero insanity.
The characters grow on you and their flaws become the things you are fascinated by.
Alan Tudyk is having an absolute ball as Mr Nobody and we are here for it.
We stan Danny The Street.
It is really, REALLY weird and that isn't going to work for everyone.
It takes a while to get where it's going and the 15 hour long episodes make for a long watch
It is so convoluted and strange that keeping a through-line is sometimes tough
93
AWESOME

Since its introduction in 1963, The Doom Patrol has always lurked in the weirder corner of the DC Universe. A precursor to Marvel’s X-Men (by about three months), the comic book has been through many iterations led by many extraordinary creators, including its originators Arnold Drake, Bob Haney, and artist Bruno Premiani. It then passed through the hands of luminaries like John Byrne, Keith Giffen, Grant Morrison, and even The Umbrella Academy creator Gerard Way!

In this “Podcast Patrol”, Dion and Quinny are joined by by Jill and Peta to discuss the most unapologetically weird show on TV. Whether you’re a cockroach with delusions of grandeur, a homicidal military rat, or a disembodied, magical, blue horse head… there’s something here for you.

As always, thanks to our supporters who joined the conversation live on the Twitch stream. We are live and loud on Twitch each Tuesday night at 7:30pm AEST.

Please make sure to join our social networks too!