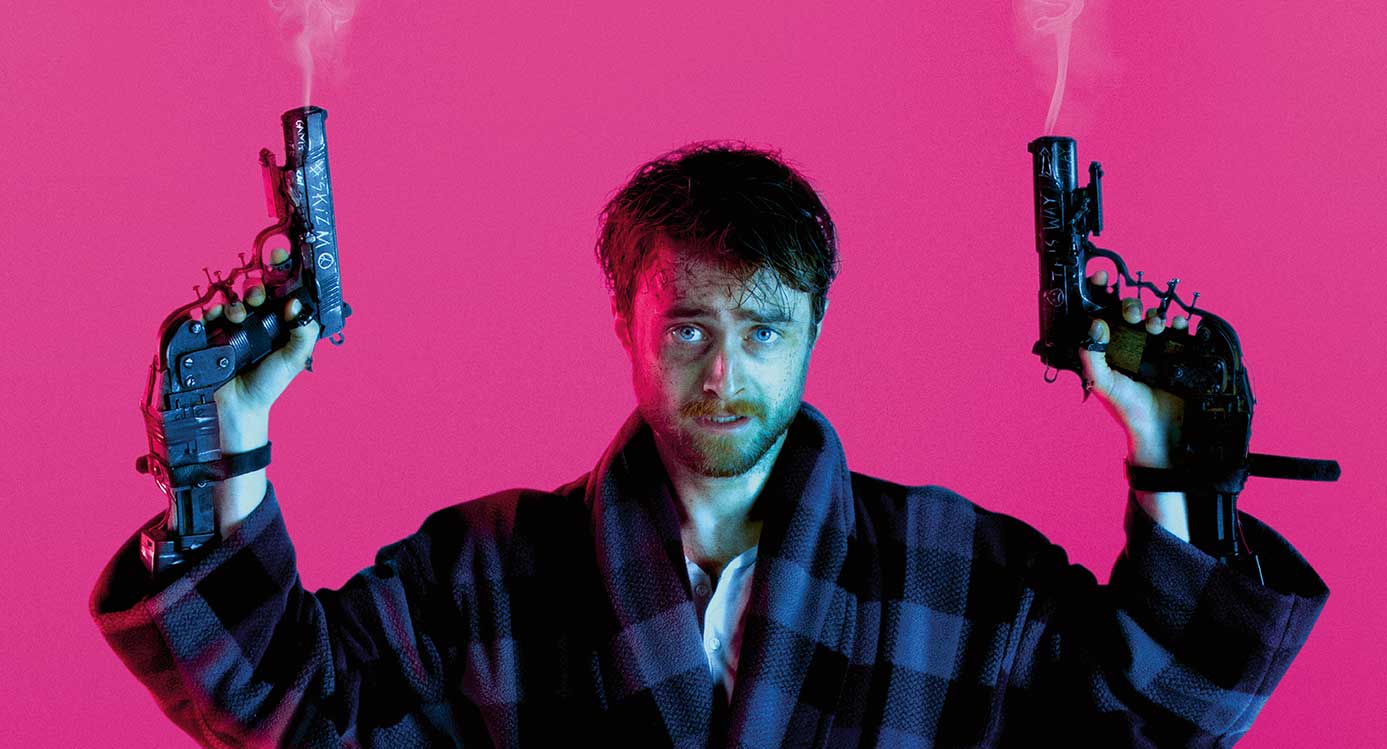 Dion·
Podcasts
·March 11, 2020
Reader Rating0 Votes
0
Twists some narrative expectations in a good way
You want it to be fun, and it tries to give you what you want
Not sure what kind of movie this wants to be
There's not a lot of logic in this film, but you want it to have some

After growing up in the glow of movie-set lighting, Daniel Radcliffe has crafted a fascinating career post-Potter. With creative ventures into TV, theatre and smaller Indie films, Radcliffe has relished the challenges of diverse (and decidedly odd) film roles in Horns, Jungle and Swiss Army Man. Now, along with Aussie Samara Weaving, we’re seeing what he’s capable of doing in a dressing gown with guns bolted to his hands. Miles (Radcliffe) is a video game developer who inadvertently becomes the next participant in a real-life death-match that streams online. While Miles may excel at running away from everything, that won’t help him outlast Nix (Weaving); a killer at the top of her game.

Join Dion and Peta as they find out if Guns Akimbo has enough High Voltage to Crank out the adrenaline, or will it run out of lead?