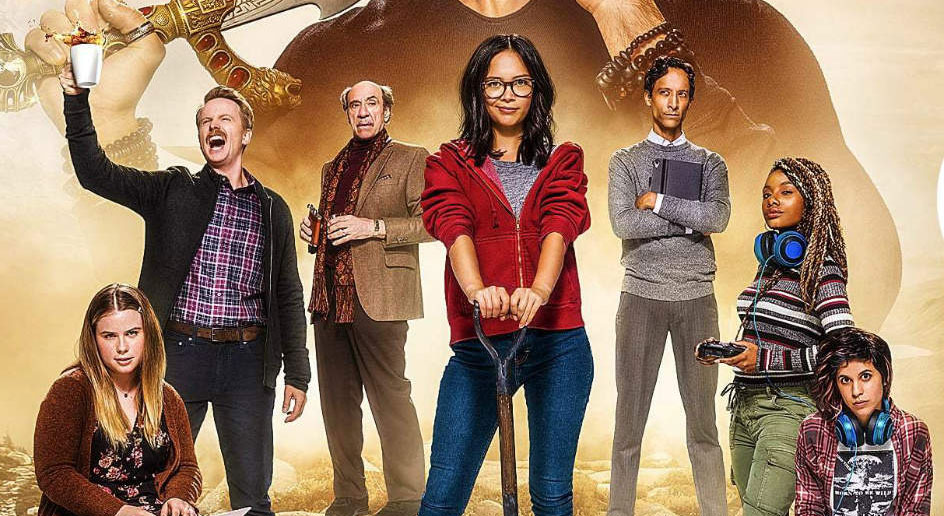 Quinny·
Podcasts
·May 21, 2020
Reader Rating0 Votes
0
Poppy is a relatable lead character who you want to win and do well
An excellent examination of the more toxic aspects of game development culture, but with jokes!
Episode 5 is a stand out piece of storytelling and manages to re-frame the whole season.
Occasionally feels like it is referencing ideas and concepts it doesn't fully understand.
Some characters feel underdeveloped and a bit one-note.
Some of the comedy doesn't land or sometimes feels stylistically uncertain.
75
AWESOME

In Apple+’s brand-new comedy/drama Mythic Quest: Raven’s Banquet, the audience is plunged into the chaotic middle of the AAA game studio behind the world’s biggest (if fictional) MMORPG. While the title makes it sound like a sequel, this is season 1, with a ‘Quarantine Special’ airing on Friday May 22nd and season 2 to come!

Our heroine is Poppy (Australia’s Charlotte Nicdao) the lead engineer desperately trying to not go as crazy as the rest of her workmates. #TPToA’s Non-playable characters (with limited dialogue options) Dion and Quinny are joined by the “Leeroy Jenkins” of reviewing teams in Felicity, Jill and Peta! Will they stick with the plan and successfully complete this raid on the comedic loot cave? Or will they Blue-Screen-of-Death halfway through?

We are also super excited to present a special guest interview with the one and only John Di Maggio as the ‘Easter egg’ for this podcast! John has a pivotal role in Mythic Quest and we’re incredibly happy to be chatting with him again!

Please note: the uncut version of that interview will be made available soon!