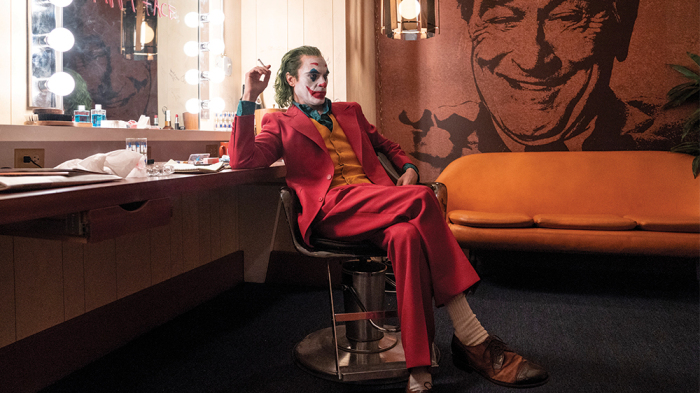 Dion·
Podcasts
·October 3, 2019
Reader Rating0 Votes
0
Phoenix's performance is masterful and compelling as he crysalises into the clown prince of crime
It's perfectly shot and composed, with great care to represent a mid-century Gotham
There's a great film in there, that might not be the comic book film you are looking for
The underlying structure is plain and predictable
The narrative feeds common stereotypes that might do more harm than good
There are issues raised and presented in this movie that might hit the wrong buttons in the audience
44
AWESOME

D.C. film franchises have had a pretty lacklustre performance in recent years, and while they’re struggling to find a suitably “heroic” hero for audiences to latch onto, Joker has come along to shake up your expectations on what a villain is like. Joaquin Phoenix has joined his stellar predecessors Cesar Romero, Jack Nicholson and the late, great Heath Ledger (not to mention Jared Leto) with this standalone R-Rated portrayal of a freshly back-storied Joker. Arthur Fleck is a loner trying to fit into a society he feels he doesn’t belong in. What could happen to this man that would make him into the Joker, and is that really a question we want answered?

Join Dion and Bec as they try to find a talking cure for their complex feelings about Joker.

Content note: in this podcast we discuss mental health. If this is an issue which troubles you, please seek help from: