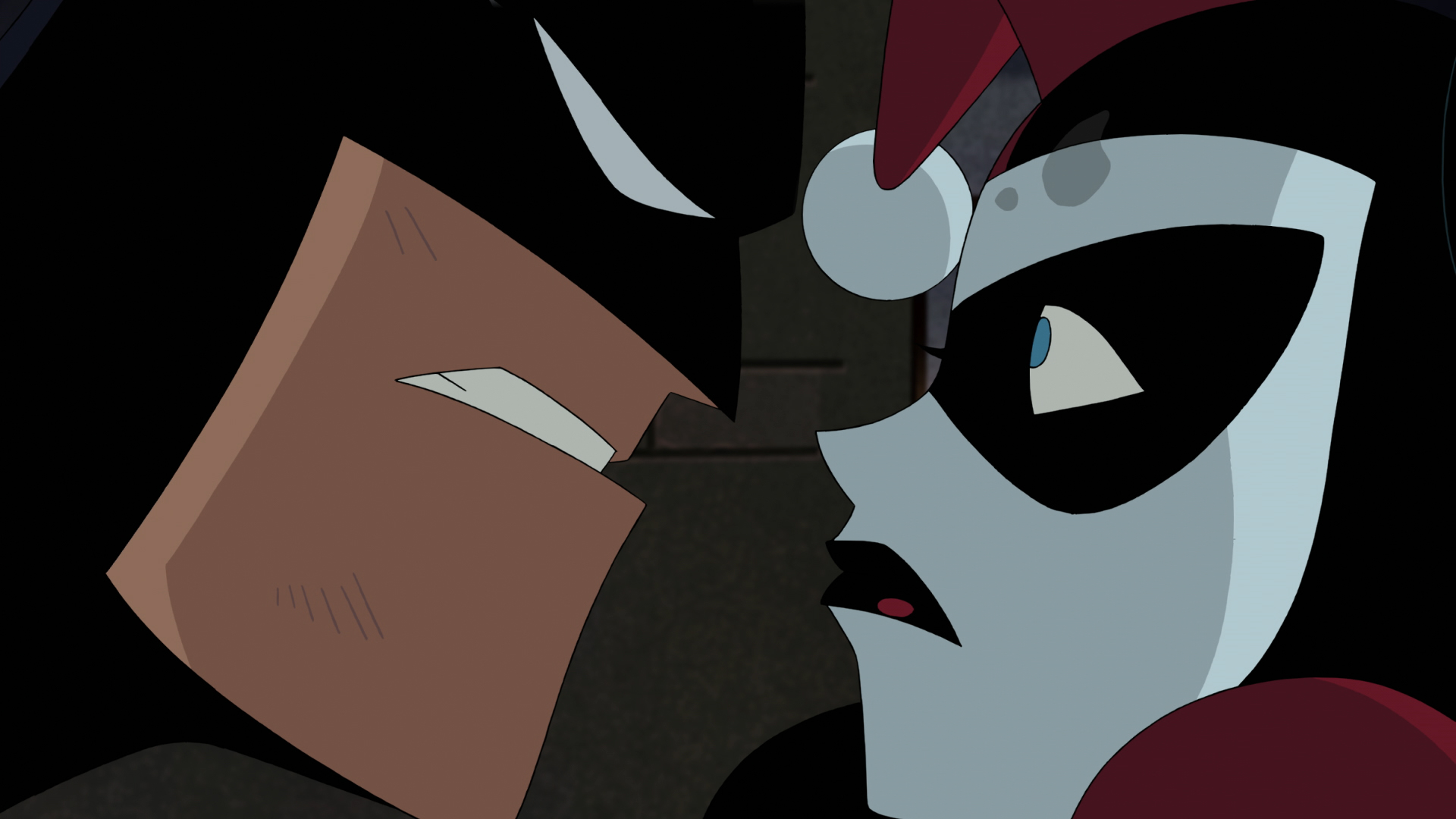 There’s something wrong in the house of D.C. Animation and it’s hard to work out exactly what it is or where it started going wrong, but there’s definitely something not quite right. The cracks started to appear in animated films like The Flashpoint Paradox and Batman Vs Robin, where the violence suddenly ratcheted up a notch or ten, and the storytelling suffered. But then another element was creeping in as well; a really uncomfortable sexualized tone which then blossomed hideously in the hotly-anticipated adaptation of The Killing Joke, which was received poorly by both critics and fans. The film’s new prologue featured the addition of a completely unnecessary and non-canonical sex scene between Batman and Batgirl which seemed out of character, wildly inappropriate and totally gratuitous.  Contextually it could be argued that it was to give Batman more motivation for the second half of the film, but it felt more like creepy fan-fiction written for titillation, not character growth. This then brings us to Batman and Harley Quinn, the 29th “D.C. Universe Animated Original” film, and one which sadly hits a new low-water mark for the series.

Batman (Kevin Conroy) is working with Nightwing (Loren Lester) to put a stop to a nefarious plant-related scheme hatched by Poison Ivy (Padget Brewster) and the Fluoronic Man (Kevin Michael Richardson), however, they are making no headway. They must engage the help of the newly reformed Harley Quinn (Melissa Rauch) to track down her gal-pal, Ivy, before she can potentially kill all life on the planet. It’s made in the style of The New Batman Adventures and is very much a throwback to those cartoons in their design ethic and voice cast. That’s unfortunately where the similarities stop, though. Batman and Harley Quinn is a complete mess. It looks nice enough and uses a slightly updated set of designs based on the ’90s TV series, with echoes of the ’60s style Batman thrown in for good measure, but it is a shallow, meaningless, mean-spirited film at its core.  It feels completely out of kilter with the characters and their history and is made all the more unappealing by being unable to have some original cast members reprise their iconic roles. Even this could be forgiven, though, if the film was fun. It’s not! It’s a desperately tedious, plodding slog!

There will be spoilers from this point onwards, so read on at your own risk.

Melissa Rauch’s valiant attempt at Harley Quinn is one of the most unpleasant takes on that character we have ever seen on screen. Whether she’s waiting tables in a super-heroic themed “Hooters”restaurant, banging Nightwing, farting out the Batmobile or butchering Blondie’s “Hanging on the Telephone“,  she is at every turn either bending over suggestively, gyrating in some sexualized way or just being a colossal pain in the ass.

It’s not funny. It’s not clever. It’s just really, really lazy. This Harley is no longer just The Joker’s sidekick, but in some ways, she’s actually worse. She’s little more than an object of lust for the viewer to leer over. But there, even the animation lets it down and it feels like we’re being asked to get excited over clunky cardboard cutouts.

The story feels completely insubstantial and the bad guys, who would be fine in a 22-minute episode of a kids TV show, are stretched over 74 minutes and they feel completely pointless. Nightwing spends more time centre stage, and Batman is mostly sidelined, with even stalwart Conroy sounding a little bored by the proceedings.  A late appearance by The Swamp Thing (our good buddy John Dimaggio) also manages to completely fizzle out, leaving the whole film feeling like a tremendous waste of time. Also, it must be said: the lack of Andrea Romano’s voice casting and direction is painfully apparent.

DC Animation has a problem that needs to be rectified… and fast. There seems to be confusion within the company around the notion that if these films are being made for an adult audience, they therefore have to be sexualized or extremely violent. It’s a bit like a teenage boy’s idea of what being a grown-up is all about: “I can swear and do naughty things, I can chop off heads and fart and it’s all ok because I’m a grown up!” Well, it’s not O.K. It’s embarrassing and it’s high time for DC animation to grow up and take a long hard look at itself.