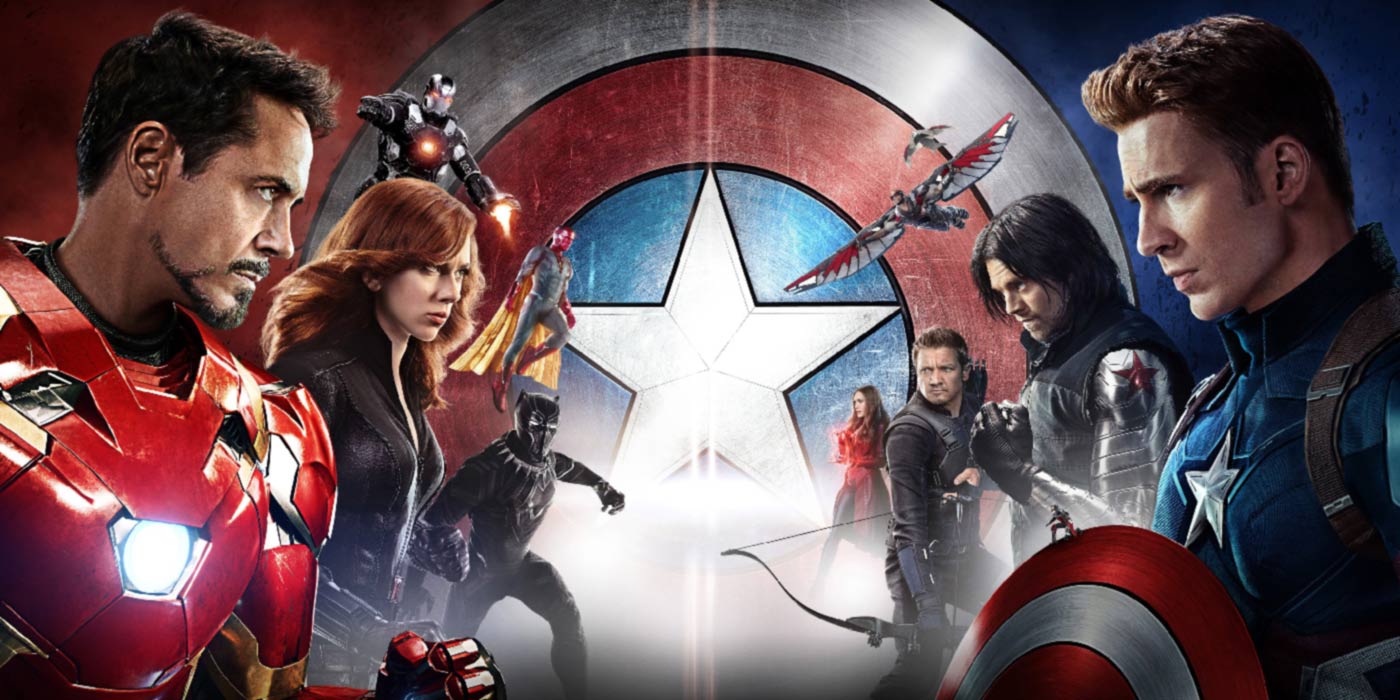 First of all, lets get one thing out of the way right here and now. This shouldn’t really be called Captain America: Civil War. This is Avengers: Civil War. Yes Cap takes centre stage, but the sheer volume of other characters being handled on screen is utterly mind-boggling. Yes it might mean that a bit of a swot session is required to remember who half of them are, but most are pretty memorable right from the get-go. Any new characters are given plenty of screen time to make sure you’re up to speed with who they are, where they are from and what they want. In fact some characters who may have felt a bit under-written in Avengers: Age of Ultron get more time to grow and expand, or in some cases just wear neat casuals and knit tops.

Directed by the Russo Brothers who gave us Captain America: The Winter Soldier the feel of a tense spy thriller mixed in with a hard hitting action film, Civil War is a bit more James Bond than Jason Bourne, with a huge array of spectacular international locations, and a lighter touch with the drama. There are plenty of really powerful dramatic moments, but more often than not they are cut through with genuinely funny character based comedy. The action is shot clearly and cleanly and as one of my viewing companions noted, the geography of the fights is never confusing or uncertain.  The distinctive look of the characters also assists in making sure you don’t lose track of who is fighting whom and with what. Which is impressive considering that in the largest set piece of the film there are 12 characters fighting both on the ground and in the air.

It’s a testament to the film that this epic battle (and I do not wish to under-sell it by using that word) is not even the climactic one of the story! The plot moves confidently from point to point constantly building the story of why these two heroes have come to odds. Their motivations and that of those aligned with them is always clear. It never feels like anyone is acting against their normal nature or their established character, this is a story that understand the motivations of the players and uses them to forward the plot to build to an incredible crescendo. Thematically the concept of revenge is played with throughout and fittingly like all the best stories, the final conflict is about emotion as much as it is about violence.

Chris Evans proves once again that he is an incredible leading man, his charm and gravitas giving us a likable, nay lovable Captain America, but this time he is matched by the equally charismatic Robert Downey Jr. who is playing a conflicted, nuanced and relatable Stark. The rest of the cast is entirely on point, with Scarlet Johannsen’s Black Widow being returned to the status of complete badass, Sebastian Stan’s enigmatic Bucky is given a lot more to play with and Chadwick Boseman’s introduction as the Black Panther brings a new dimension to the Marvel Cinematic Universe. I am reticent to even do a roll call of all the actors in the film as half of them are wonderful surprises in themselves; however I will say that Tom Holland as Peter Parker is an absolute joy and it gives me great hope that we will be seeing much more of that version of Spider-Man for years to come.

Somehow Marvel just keeps hitting them out of the park. Its no longer something that can be written off as good luck or a flash in the pan; with Captain America: Civil War they prove without a doubt, that they know what they are doing and are going to keep doing it for some time to come. Its blockbuster action, utterly incredible visuals, fantastic performances all tied together by an awesome story and a bucket load of fun. Go watch it now. Many times. Because it’s that damn good.