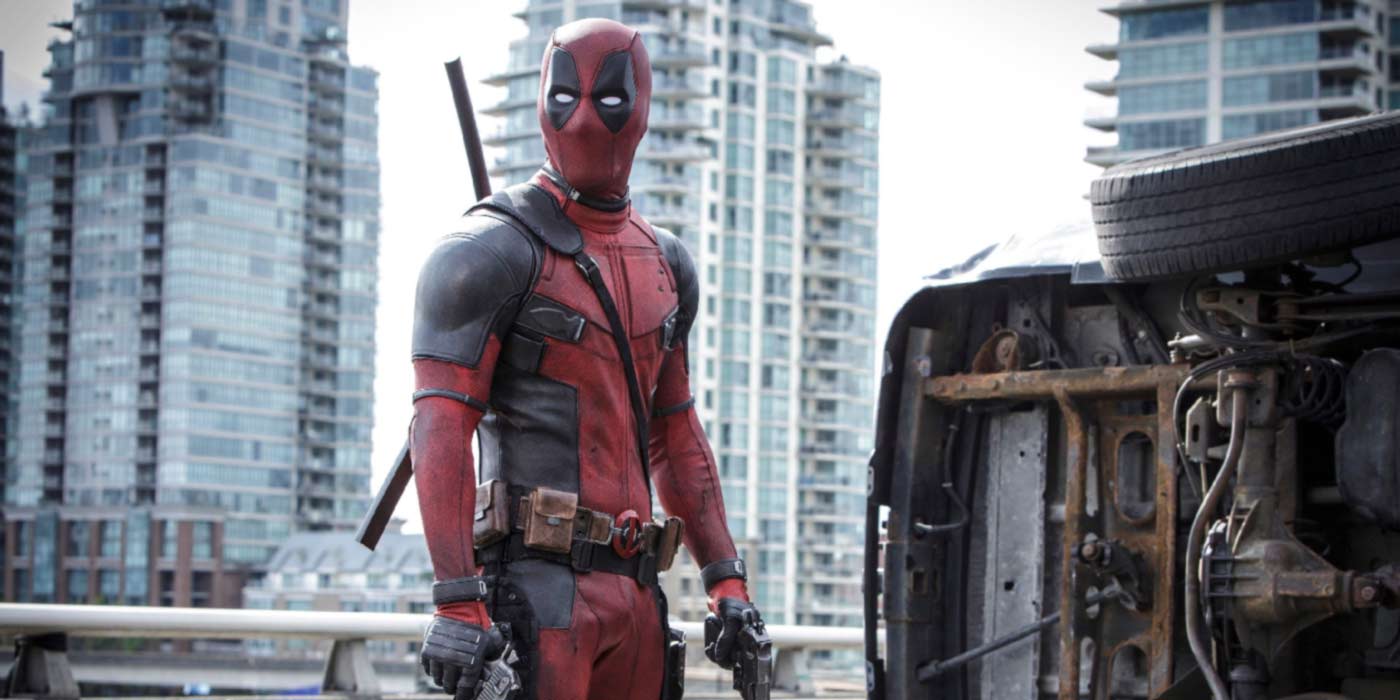 In 1991 Fabian Nicieza and Rob Liefeld created a character, initially conceived as a villain, who would go on to become one of the most beloved anti-heroes in the Marvel canon. Critics were immediately doubtful of the “Merc with a Mouth”, citing him as a cheap derivative of DC’s Slade Wilson: Deathstroke The Terminator (similar costume, weapons, and name).

However in 1997 the character fully embraced the comedic aspects of himself in his own full-time series under the writing of Joe Kelly. Here, he was able to really flourish and explore the more extreme elements of parody, taking swipe after swipe at the more serious aspects of comic book superheroes. Breaking the fourth wall, talking to his own speech bubbles, making real-world jokes about comic book characters were all part of Deadpool’s insane wheelhouse.

In 2009 the character was first portrayed on the big screen by Ryan Reynolds in the much maligned X-Men Origins: Wolverine. Fans were ecstatic that the wisecracking hero would be played by the seemingly perfect Reynolds. For about half the film they were right. This version of Deadpool became a touchstone for how NOT to adapt a comic book character to the screen; even managing to fail in living up to his name of “the Merc’ with a Mouth” by literally sewing it shut!

Seven years and many abortive attempts later, finally the character of Deadpool; the REAL Deadpool, finally makes his way to cinema screens! Irreverent, brash and completely unsuitable for children, this orgy of insults, violence and in-jokes is the film that Deadpool fans have wished for. Ryan Reynolds walks a tightrope between completely unlikable and utterly charming with very little that falls in between. The film works hard to present him as a sympathetic character who is doing it all for the love of a good woman, even when he’s beheading, stabbing, shooting, disembowelling and humiliating seemingly endless waves of enemies. It is gratuitous and often disgusting, but is done with the tongue so firmly planted in cheek that its hard to hold a grudge.

Where this movie fits in with the other X Men films is uncertain; the film’s straight man and comedic foil for Deadpool’s brand of crazy, is the X-Man Colossus, no longer played as teenage american, but as a middle aged Russian. It could technically be the first film in the newly rebooted X-men timeline after the last X-flick Days of Future Past. Yet there are joking references to X-Men Origins and both characters and the actors who play them! (Hugh Jackman gets as much of a serve as Wolverine.) Perhaps its just as easy to say that Deadpool is in his own little universe where he can pretty-much do whatever the hell he likes.

He has his own collection of secondary characters, including the hilarious T.J. Miller as Weasel; He may not exactly be Deadpool’s friend but its probably as close as you can get.  Blind Al (Leslie Uggams) is Deadpool’s unexpected flat-mate and the stunning Morena Baccarin plays Deadpool’s soul mate and year-round lover Vanessa. Ed Skrein plays the British villain, Ajax, appropriately straight laced. Also a shout-out goes to Negasonic Teenage Warhead for best-named character of 2016!

This is almost entirely a film of style over substance. There is precious little actual plot, and half of the film is told in flashbacks, fourth-wall breaks or different jump around the time-line, but that’s not really whats on show here. Its about character first and foremost and comedy balls to the wall, shooting in the head, bodies in the trunk, limb removal and subsequent regrowth, self abusing comedy… and it is glorious. You will laugh. You will cringe. Then you will laugh a bunch more times!