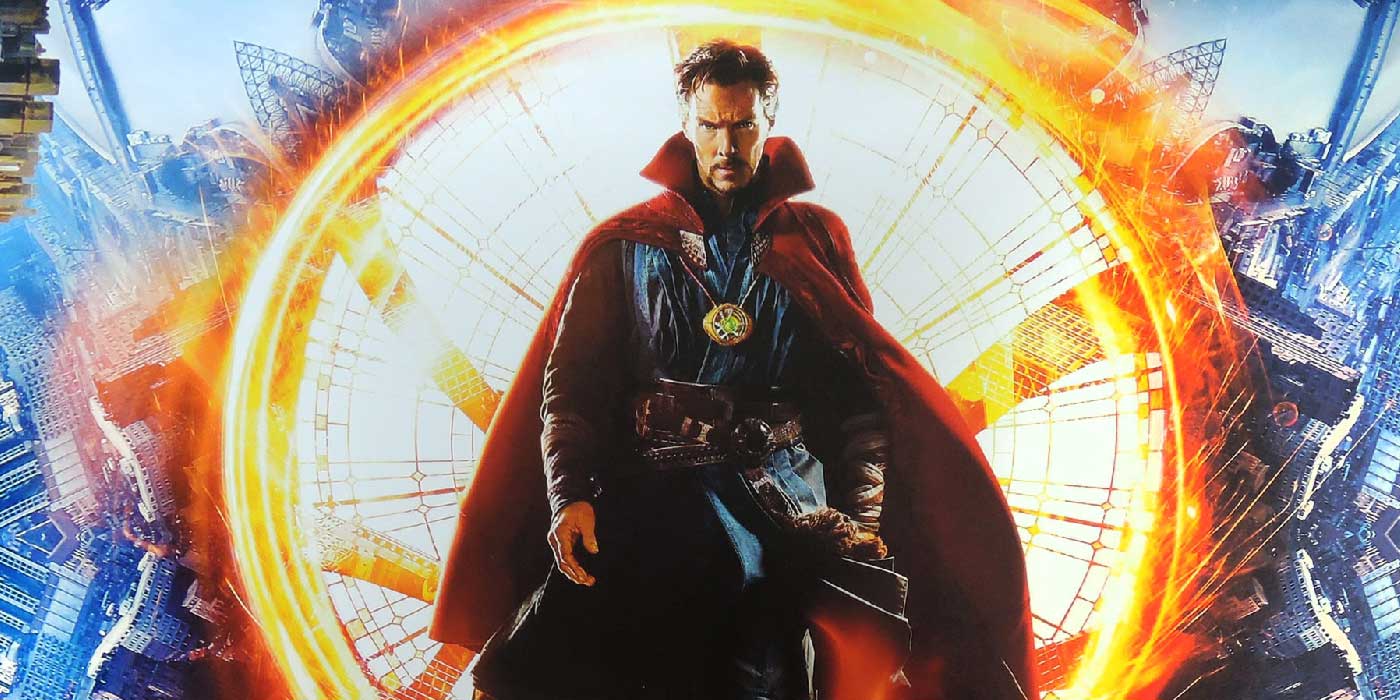 Marvel has now racked up a staggering 14 films in its cinematic universe… 14! Not even the Police Academy series comes close to this vast, constantly-growing slate! They, along with multiple TV shows, short films and other tie-ins have built a huge sprawling world that travels from the furthest reaches of outer space and alternate dimensions, to the corner of your local neighbourhood. Their characters are super-men, Gods, monsters and pretty much everything in between and now they are bringing us something different again: this time they’re bringing us something… Strange.

Dr Stephen Strange (Benedict Cumberbatch) is a brilliant but arrogant neurosurgeon whose life of fast cars, big money and bigger risks comes skidding to a halt in a violent car accident. His injuries stop him from working in his chosen field and instead lead him on a journey of self-discovery that opens both his mind and the very boundaries of the universe. Mordo (Chiwetel Ejiofor) introduces Strange to The Ancient One (Tilda Swinton) who expands Strange’s consciousness and begins to teach him the ways of sorcery and magic in an effort to prepare for another attack by Kaecilius (Mads Mikkelsen); a former student who has now turned to evil. Strange must battle his way through multiple realms of reality, the past, the future and (let’s be honest) a whole pile of pretty amazing CGI to save not only the planet, but all reality.

Doctor Strange goes into some completely new and uncharted territory in terms of your typical superhero film. Parts of it feel like a creative experiment in transcendental meditation through abstract and surrealist imagery, and other parts feel like an extremely weird romantic comedy. Rachel McAdams’ Dr Christine Palmer fulfils the role of “Concerned Love Interest and Person To Be Confused by Special Effects” with as much panache as possible, and thankfully scenes with her are often quite funny, though the character is sadly underdeveloped. Humour plays an unexpectedly significant part in this film, and Mikkelsen’s Kaecilius actually gets some of the biggest laughs. Somehow it manages to find a voice and a tone throughout that’s new and different while also seeming comfortable and familiar. We know we’re in a Marvel film and we know that means we are in pretty safe hands; viewers have come to trust that if it’s a Marvel movie, then it’s going to have great action, spectacular visual effects and a sense of humour. The drawback to that, though, is that it does occasionally feel like we’ve been here before.

There’s obvious visual inspiration taken from films like Inception, The Matrix and 2001: A Space Odyssey. Above all, the film pays loving homage to the weird and wonderful imagery that made the comic character so memorable in the ‘60s. Steve Ditko and Stan Lee created a hero who could travel between planes of existence and dimensions as easily as he could cross the street; those travels played out on the pages of some of the most awesomely surreal comic art ever. Director Scott Derrickson has bravely decided not to hold back, and dives headlong into the abstruse and arcane, while still maintaining the distinctive Marvel style. The story’s frenetic pace means there’s no time for questions – you just have to allow yourself to be swept up in the huge metaphysical concepts being thrown around. Your reward is some absolutely mind-bending imagery and a couple of the most creative battle sequences ever brought to the screen.

It has to be said, though, that Marvel films do have a problem, and it’s a big one: it’s a Villain Problem. It’s a telling statement when you hire someone as wonderfully talented and creepy as Mads Mikkelsen as your villain and he is almost completely forgettable. His introduction starts well enough, but then he disappears for so much of the film that he all but disappears in the end. His underlings get no personality at all and are functionaries of plot at best. Marvel has been struggling to find another Loki for a number of films now, and the imbalanced ratio of good guys to bad guys is getting pretty ridiculous. When you have a storyworld populated with a dream team of superheroes, it must be hard to propose a villain who actually represents the kind of jeopardy strong enough to propel a plot. This issue could come sharply into focus with the imminent release Infinity War.

Doctor Strange is a peculiar film that walks a precarious tightrope between feeling like an overly familiar superhero origin story and being something completely different and utterly spectacular. You may sometimes be afraid that it’ll fall off that ambitious high-wire and become a crashing mess of a film, but actually it’s in those moments when it’s the most gripping. The story might falter, but it never falls; the result is breathtaking, spectacular, and magical.