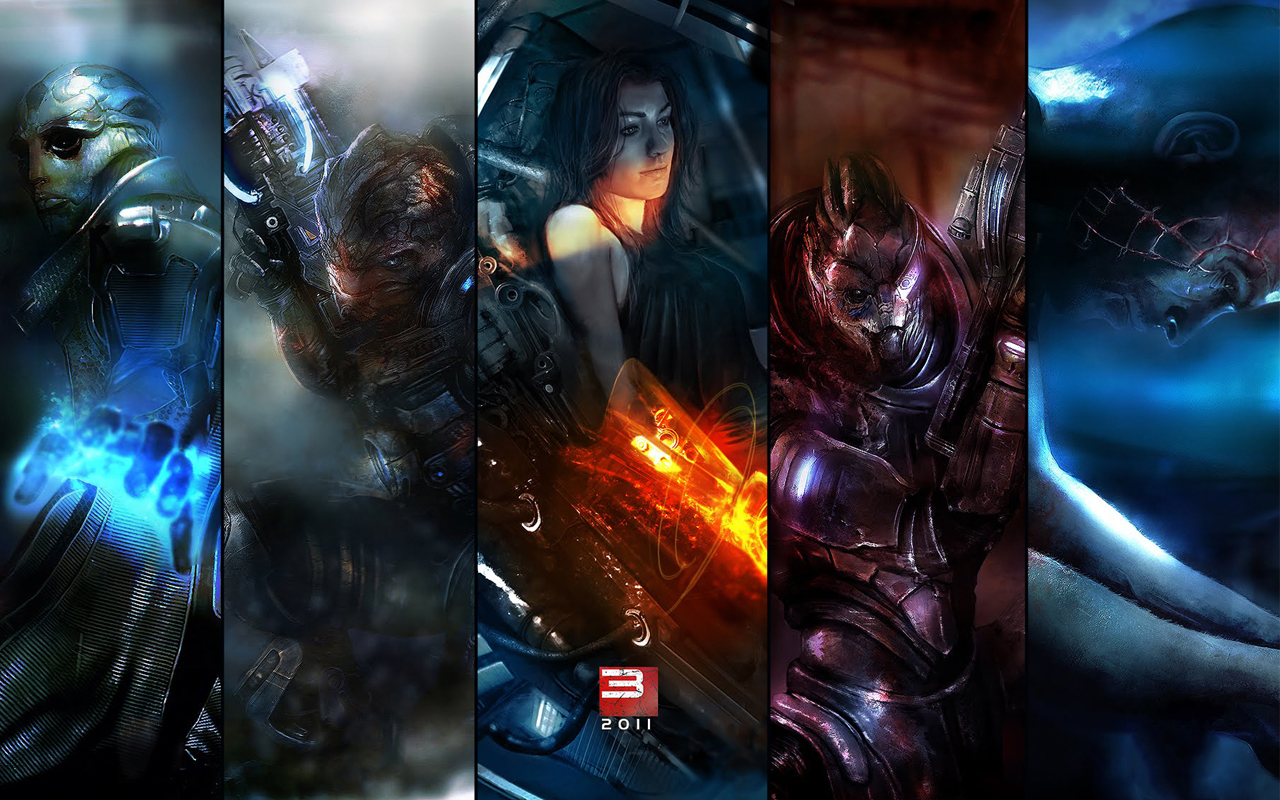 If you don’t know that Bioware’s Mass Effect: Andromeda is coming out on March 21 then there’s no saving you. This is a big deal, people. Bioware is essentially relaunching the Mass Effect franchise, setting off on a journey of profound narrative and literal distance from the original trilogy. We’ll be putting aside the comfortable flannel pyjamas of Commander Shepherd and breaking in the brand-new jeans (and unyielding evidence of weight gain) that is Pathfinder Ryder. This has consumed me and I have no problem admitting so. Ever since I first entered the universe of Mass Effect, playing on my friend’s Xbox 360 after school, I have been a tragic for Bioware’s incredible space opera. I love the world-building, I love the characters. I love the ridiculous minutia of technological advancements and alien cultures. I even love Shepherd’s stupid dancing. It should not surprise any of you to know that in the lead up to this brand new adventure that I have decided to slip on those old pants one more time.

I blitzed through Mass Effect 1 with all the practised menace and precision of a man who logged over 300 hours and completed 18 character runs on the first instalment should. It all flooded back to me as I walked the halls of the Normandy, talking to these characters like the old friends that they have become whilst simultaneously getting to know them all over again. Helping Garrus on his journey to become Space Batman, getting annoyed at Ashley still believing in God despite being on a fucking spaceship with aliens. Of course I fell in love with Liara again but then as Kaiden so eloquently puts it, I like the bookish type. I completed the game after a leisurely and thoroughly satisfying week of play and dove head first into Mass Effect 2. Awesomites, I forgot what a masterpiece this game is. When I describe it as Bioware’s Empire Strikes Back I mean this in every sense of the word. The universe shows us it’s dark side, the bad guys are coming at us faster and stronger than we can imagine.

The characters take on new depth, the stakes are higher than ever before, and above all else looms the constant knowledge that a cosmic apocalypse is riding the horizon as you scramble to prevent it. Mechanically this game is superior to its predecessor, running smoother and embracing the action elements to create tight, fast-paced action sequences almost cinematic in their beats and structure. The innovations on the conversation systems add new unpredictability to the previously safe exposition segments. The galaxy is vast and wide open to exploration as you grip your mouse and leap out into the unknown in search of whatever it can throw at you. All of this is incredible and each an achievement on its own, but above all of this is something extra. The element that is more than the sum of its parts, the impossible to plan and astounding to find. Tying all of this together into an unmistakable masterpiece is a consistent and immaculately constructed tone.

From the beginning of this game we are under no illusions as to what we’re in for. In the opening cinematic we see the Normandy, our ship and beloved home, blown out of the sky by an unknown and incredibly powerful foe. Shepherd is spaced and actually dies right in front of us, all to an incredible almost minimalist music score. Welcome to Mass Effect 2, you’re fucked. This is soon followed up by waking two years later, the Six Billion Credit Man/Woman, resurrected in a laboratory by Cerberus. If you paid attention in the first game this is a huge tone shift, as in Mass Effect we fought these people as they carried out horrible experiments on human and alien alike in their relentless pursuit of human perfection. They’re extremist, a fringe organisation of fanatics who live on the underside of galactic society – and now we’re working for them. It’s a long way back to the navy hero of the old days. As quickly as we’re told this we’re also shown how the galaxy has changed since we went under, how new threats are going unchallenged as the establishment refuses to admit the problem exists. Mass Effect was by no means a shallow experience yet somehow Mass Effect 2 escalates and adds unfathomable depth and complexity to the systems at play. More than once I found myself looking back on the first instalment as the good old days when I knew who the bad guys were and what to do next, something my long-time companions also reflect on from time to time.

We’re operating on a precipice here: politically, geographically, ethically and personally. Everyone is on a razor’s edge, fully aware of the risks and diving headlong into what is actually called the suicide mission at the end of the game. You’re told multiple times that you’re going to die from day one, which gives everything you do an almost desperate feel. You leap into the darkness with every mission with the hope that something will give you an edge, that answers will be found, that your companions may find the conviction that will aid them in surviving the impossible adversity arrayed against you. From a narrative viewpoint, this whole thing is doomed, which essentially encouraged me to act in a more reckless fashion than I had in the previous instalment. I beat up informants, I blew up transports, I nuked pirate bases and I cut down anybody that got in my way. All of this narrative setup and weight would be for nought if not for the incredible visual support structure that compliments every facet of this darker universe we’ve entered. Omega, our first port of call and Bioware’s version of Mos Eisley, is illuminated with brooding reds intersected by vibrant oranges and yellows, pulling you in to a Blade Runner-esque society of thieves and cutthroats where power is the only law. The pristine Nos Astra of Ilium with the decaying underbelly brings up memories of The Fifth Element with flavours of Firefly and Star Wars whilst somehow retaining its own identity of runaway opulence and extravagance, serving as one sickly gleaming side of the same coin as Omega.

If I have a problem with a lot of modern narratives, be they video game, film or written, it’s that few pay attention to the overall tone of the piece. Individual scenes are given this consideration but very little is left for the whole, nobody seems to be checking to make sure there is a sound emotional foundation for the story to be built upon. Bioware does pay attention, they recognise the importance of this intangible element to the effective telling of the story. It’s the difference between reading a book and feeling it, the wall that separates the interesting from the compelling. Whilst Mass Effect and Mass Effect 3 both have this in spades and I could happily wax poetic about each instalment’s unique flavour, it is always Mass Effect 2 that I come back to as an example of genuine brilliance in gaming and storytelling. It’s that gleaming bottle of lightning on the shelf that everybody aims to replicate, and I cannot wait to not only play but experience the brave new galaxy of Andromeda.