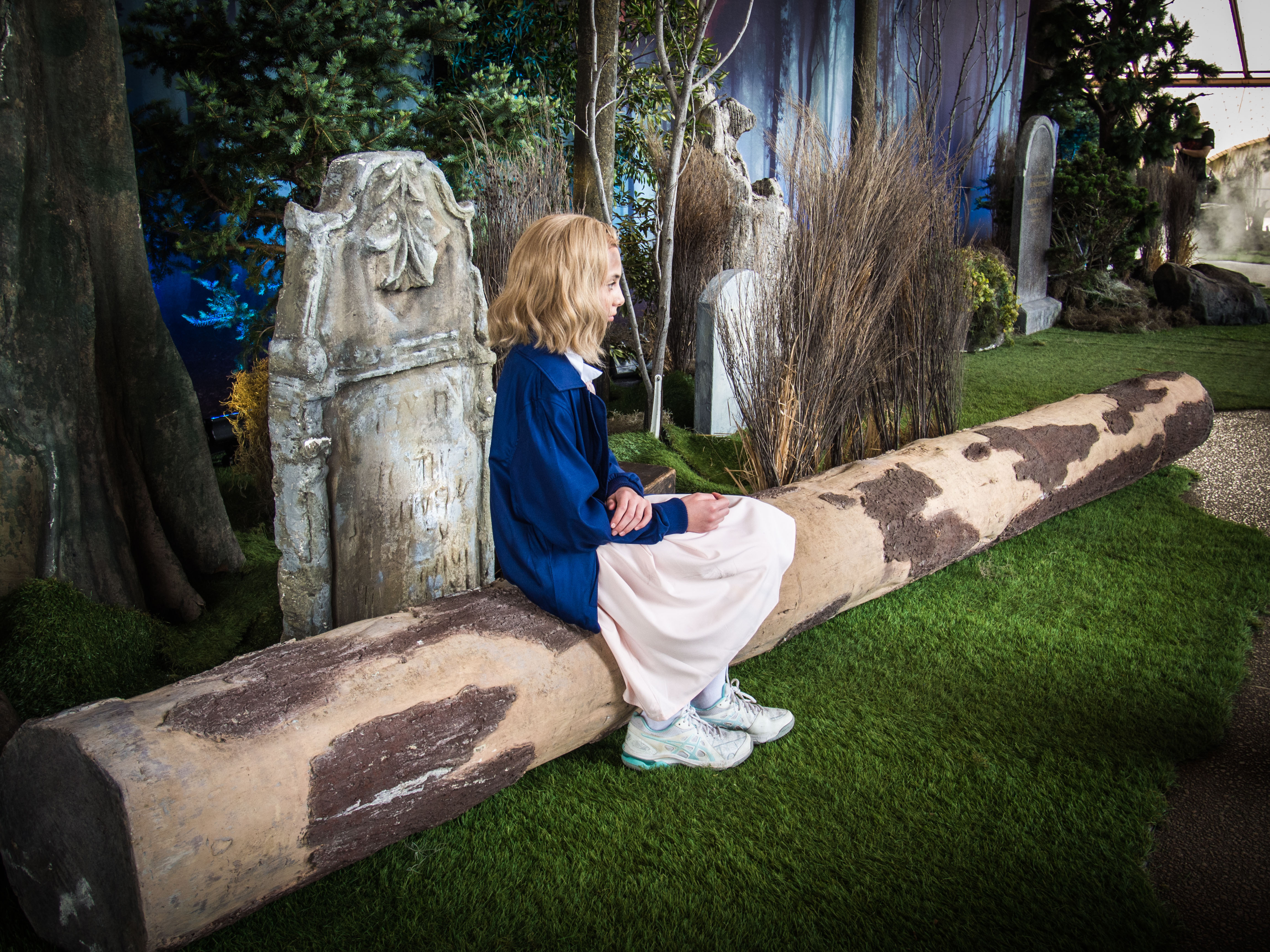 Sydney Opera House is transformed into Hawkins, Indiana
for the International Premiere of Stranger Things season 2

As we ascend the stairs to Netflix’s Stranger Things season 2 premiere event, expressionless Hawkins Power and Light technicians in reflective sunglasses (the kind that only villains wear) stand guard. This slightly disconcerting touch is our introduction to an immersive fan experience that’s full of clever details.

We enter the experience via the Hawkins woods, where we find Eleven wandering through a suitably creepy graveyard…

Dustin, Mike and Lucas are also present, riding their bikes around the woods, or hanging out near Castle Byers, a faithful reproduction of Will’s makeshift fort.

Beyond the fort, we can take a moment to sit in the Byers family living room, under the infamous fairy light ouija alphabet.

As we reach the Hawkins Highschool locker room, we’re encouraged to walk right through the scene and inspect the lockers. The details here are a lot of fun, as are the Hawkins High school students practicing their dance moves and chilling out.

We enter the Palace Arcade to the sound of great ’80s music (the DJs are appropriately dressed in Ghostbusters outfits). Arcade games, foosball and air hockey tables line the length of the lobby. There’s something special about setting the arcade games against the backdrop of Sydney Harbour, and I wonder if anyone has ever played foosball in the Opera House before.

Downstairs, we navigate the chain-linked fences of Hawkins National Laboratory to retrieve our lunch – a choice of Benny’s Burger or Eleven’s Waffles. (I’m usually a burger girl but I picked up a waffle in honour of Eleven – it was surprisingly tasty!)

Throughout it all, stern-faced and silent Hawkins Power and Light technicians walk watchfully among the crowd, lending a slightly ominous air to the otherwise buoyant atmosphere.

The experience was greatly enhanced by the attention to detail, from the graffiti on the lockers to the description on Barb’s missing poster “…She drives a VW, has red hair and a wardrobe that elicits sympathy.” Even the bathrooms were dressed for the experience, with candles and memorials for Barb lining the basins.

This attention to detail continued into the screening of the first episode, which surprised the audience with synched lighting effects designed to bring the entire concert hall into the Upside Down.

The first episode inevitably spends a lot of energy on setup, but maintains some of the momentum of season one. Several promising new characters are introduced alongside old favourites, more questions are asked than are answered, and we get a glimpse of the enormity of what is to come for our heroes in Hawkins.

The first episode has all of the ingredients expected of a Halloween special, complete with creepy cornfields, jack-o-lanterns and jump scares. There’s also a subtle dose of humour that serves to break through the old tropes.

True to form, the end of the episode revealed just enough to make me wish there was a giant ‘next episode’ button in the concert hall. A promising start to a much-anticipated and binge-worthy season.