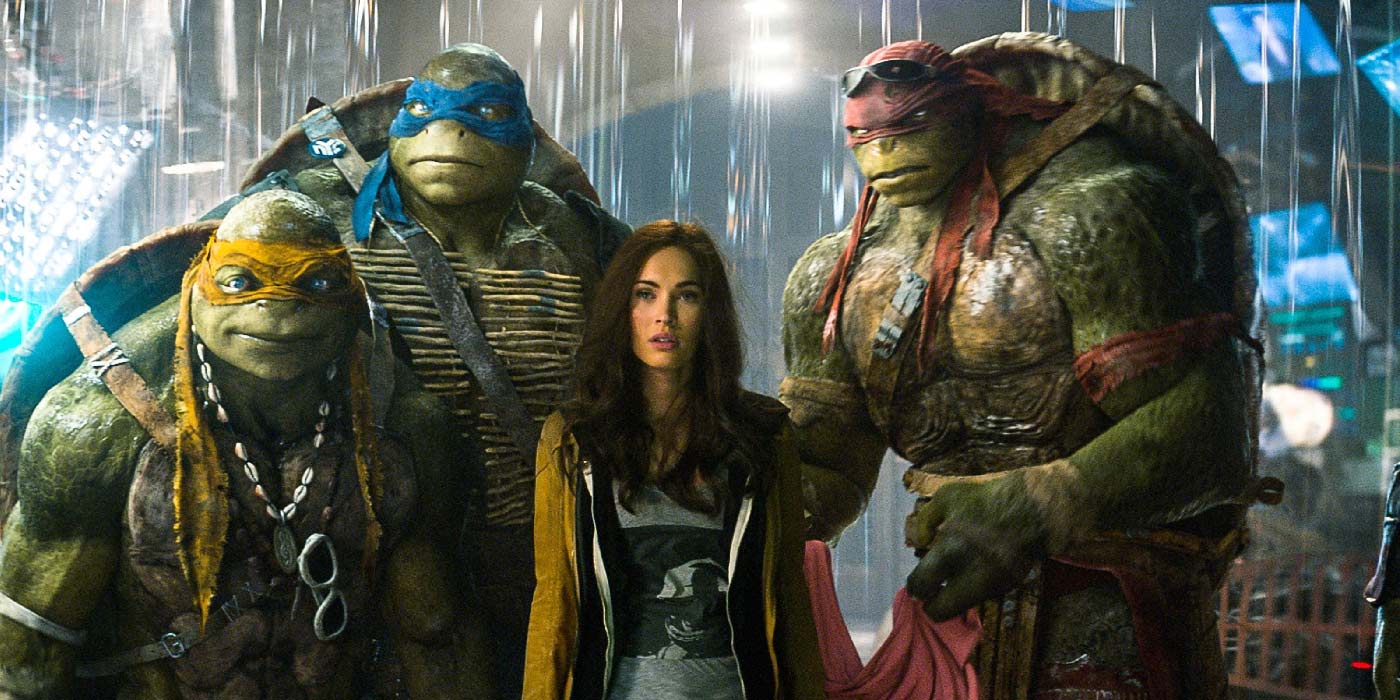 Teenage Mutant Ninja Turtles: Out of the Shadows

Stepping out of the shadow of the first film in this new Ninja Turtles series, comes a faster, funnier and more cartoony cinematic experience in the form of Teenage Mutant Ninja Turtles: Out of the Shadows.

Since the 1990’s the Ninja Turtles have been a pop culture phenomenon, starting out as a dark and gritty comic book parody of other series such as Daredevil and Spider-man, then rapidly becoming a more child-friendly cartoon series, a hugely successful toy line, and then video games, board games, arcade games, live action movies, more cartoons, a CGI movie, Live action TV shows, another cartoon or two, comic books, even more games and on and on… every few years seemingly bringing a new take on the titular tactical terapins. The most recent cartoon series by Nickelodeon started in 2012 and has been a high water mark for the characters, however the 2014 film produced by Nickelodeon was not greeted so warmly by audiences.

When Platinum Dunes was announced as the production company behind the 2014 reboot, many were rightly concerned. Michael Bay’s take on Transformers had divided audiences and while making huge box office, left many old school fans nostalgic for happier times, so what would his company do to the Turtles? And for many, their fear was well founded, with the first TMNT film being a messy affair which shifted the focus from the turtles to their human companions and changed many elements of their origin. It was critically savaged and went on to receive six raspberry awards nominations including Worst Picture, Worst Director, Worst screenplay and “winning” Worst Supporting Actress… It did well enough however, to garner a sequel and against all odds, that sequel is quite a turn around for the franchise!

Picking up where the first film left off, the Turtles are struggling with being the saviours of the city, whilst being completely anonymous and having to hide in the sewers. Will Arnett’s character, the bumbling Vern Fenwick has taken the credit for defeating the Shredder and is seen as a hero to all. Meanwhile April O’Neil, (the returning Megan Fox) continues to investigate the shredder’s henchman Baxter Stockman and his plot to free his metallic master. Shredder escapes custody in an energetic truck chase which brings wanna-be detective Casey Jones (Stephen Amell) and criminals Bebop and Rocksteady into the mix. Pretty soon there’s science fiction elements everywhere: giant robots, floating brains, mutant rhinoceroses and sparkly dimensional transporter things all over the place! Before you know it the Turtles are flying, swimming, skating and bickering their way through the film all leading up to a massive confrontation floating over the city in a “Technodrome” which will look mightily familiar to fans of the early 90’s cartoons.

Out of the Shadows does a lot in a very short time to try to get rid of the bad taste of the first film. The Turtles take centre stage immediately and their relationships are at the heart of the film. The tone has shifted to a much more fun, campy, cartoony vibe, with jokes, wisecracks and slapstick being the order of the day (along with a healthy helping of Pizza and some fairly fun ninja action). The alien Kra’ang is the driving force behind the plot and while Shredder is the central bad guy, he somehow gets almost completely sidelined as the stakes ramp up into the third act. Its bright and colourful and seems to have decided that its definitely aiming at a younger audience, while still providing enough visual excitement to appeal to a teenage audience as well.

There are still some moments of weird leery sexuality still in the mix though, with April O’ Neil’s inexplicable costume change to trashy schoolgirl being a definite low water mark. Nostalgia also plays a big part in its attempt to appeal to the older fans, with elements like the Turtle Party Wagon (flinging sewer covers!) and Vanilla Ice songs harkening back to older films. The addition of a new version of the classic 90’s theme song is also a welcome trip down memory lane.

TMNT: Out of the Shadows is a step in the right direction for this franchise, and it moves along at a heck of a pace, however it still suffers from a disjointed script and a huge over reliance on spectacle with almost no cohesive plot development. Some action scenes seem to appear for no other reason than  “someone thought this would look cool” and others feel like they are from another film entirely.  Old school Turtle fans will have plenty to grin about, but its really new audiences, the teens and pre-teens who will get the most out of this movie. Its definitely not rocket science, hell, its barely High School math… But its a bit of fun, and its a lot better than the first film.