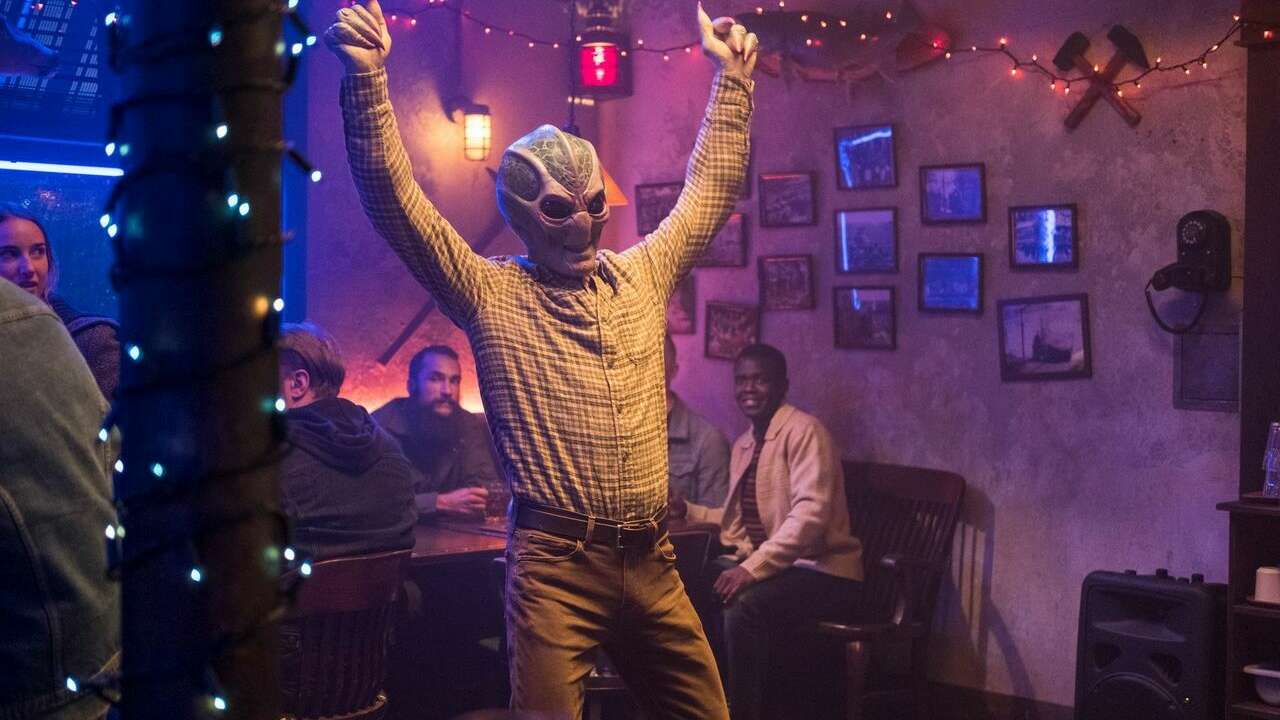 Quinny·
Podcasts
·February 18, 2021
Funny and weird in equal parts
A fun "dramedy" series that is developing slowly, but will probably be most enjoyable as a binge watch. The strength of Alan's performance is the glue holding it together but uncertain tone and style is sometimes jarring.
Jill
70
Peta
70
Dion
77
Quinny
76
Genevanu
71
Outstanding Yak
80
Amyable
77
Casper
85
Reader Rating1 Vote
97
Resident Alien
Alan Tudyk is made for this role, his hilarious facials and voice-over are spot-on.
The basic premise is amusing enough by itself but the secondary plot points help to flesh it out.
It looks great and the effects are generally well done.
Resident Evil
Some of the secondary cast feel a bit confused as to what kind of show they are making.
There seems to be some lack of clear direction on which story arcs are to be followed.
Its a SYFY channel show and it feels like it. We're in the woods of Canada again folks.
76
AWESOME

This week, we crash-land into Sy-Fy’s new original series, Resident Alien, starring our favourite oddball Alan Tudyk! Based on the Dark Horse comic (by Peter Hogan and Steve Parkhouse), this TV adaptation follows the trials and tribulations of Hah Re, a marooned, genocidal alien hiding inside the stolen visage of a smalltown Colorado Doctor.

Hurtle into this podcast and prepare to DESTROY ALL HUMANS with our resident review crew of Jill, Quinny and Peta along with our (probably) illegal Austr-alien, Dion.

As always, a massive thanks goes to our very own small-town community of weirdos and aliens who crash land in to the conversation on the Twitch stream, live and loud each Tuesday night at 7:30pm AEDT. An especially huge thanks goes to any of you kind enough to support us by chucking a some intergalactic credits in our jar via Ko-Fi, every bit helps us to hopefully keep entertaining you!

WE WANT YOUR FEEDBACK HUMANS!