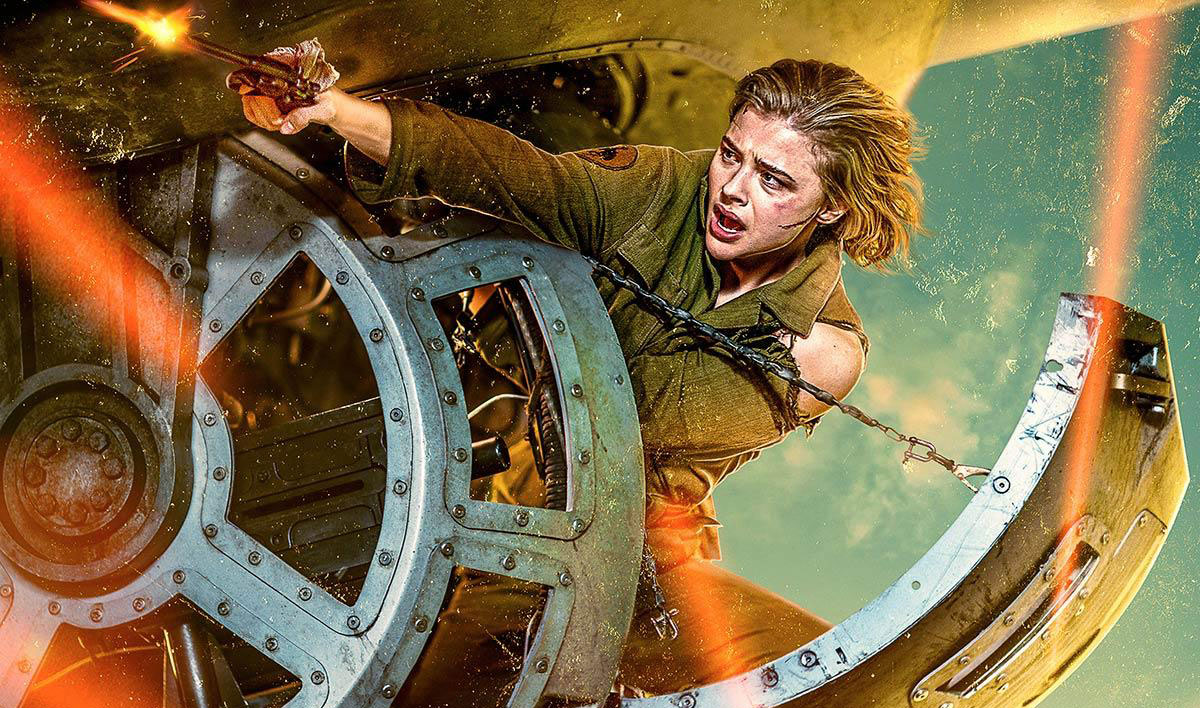 TPToA Podcast 208 – Shadow In The Cloud

Quinny·
Podcasts
·March 18, 2021
Could have been a great feminist action/thriller epic.
Isn't.
Peta
40
Dion
60
Quinny
65
Jill
70
Casper
55
Predakanga
68
Rob
60
Reader Rating0 Votes
0
Duck Soup
Moretz plays a strong, capable driven woman who is nuanced and multilayered.
The films odd style and interesting lighting choices are visually striking
The creature designs are proper creepy and add a lot to the films atmosphere
SNAFU
The messaging is SUPER heavy handed… we get it. Ease up.
The inclusion of a reduces the motivation of the lead to a cliche.
Almost everyone but Maude is intensely dislikable.. or forgettable.
60
AWESOME

It’s World War II, you’re an ace combat pilot hitching a ride on a flying fortress and you have a secret package… What could possibly go wrong? Gremlins… that’s what. “Chocks away!” for another high-flying #TPToA podcast reviewing Shadow In The Cloud the 2021 action/thriller film starring Hit Girl herself; Chloë Grace Moretz!

Dion, Jill, Quinny and Peta take careful aim at this one, but will it be friendly fire or a straight up bomb?

As always, a chap-hopping thanks goes to our own “voices over the radio”; the characters just off-screen who join in on the live chat during the Twitch stream, each Tuesday night at 7:30pm.
An especially huge thanks goes to any of you kind enough to support us by dropping some cash bombs into our jar via Ko-Fi! Every bit helps us to hopefully keep flying and keep entertaining you!