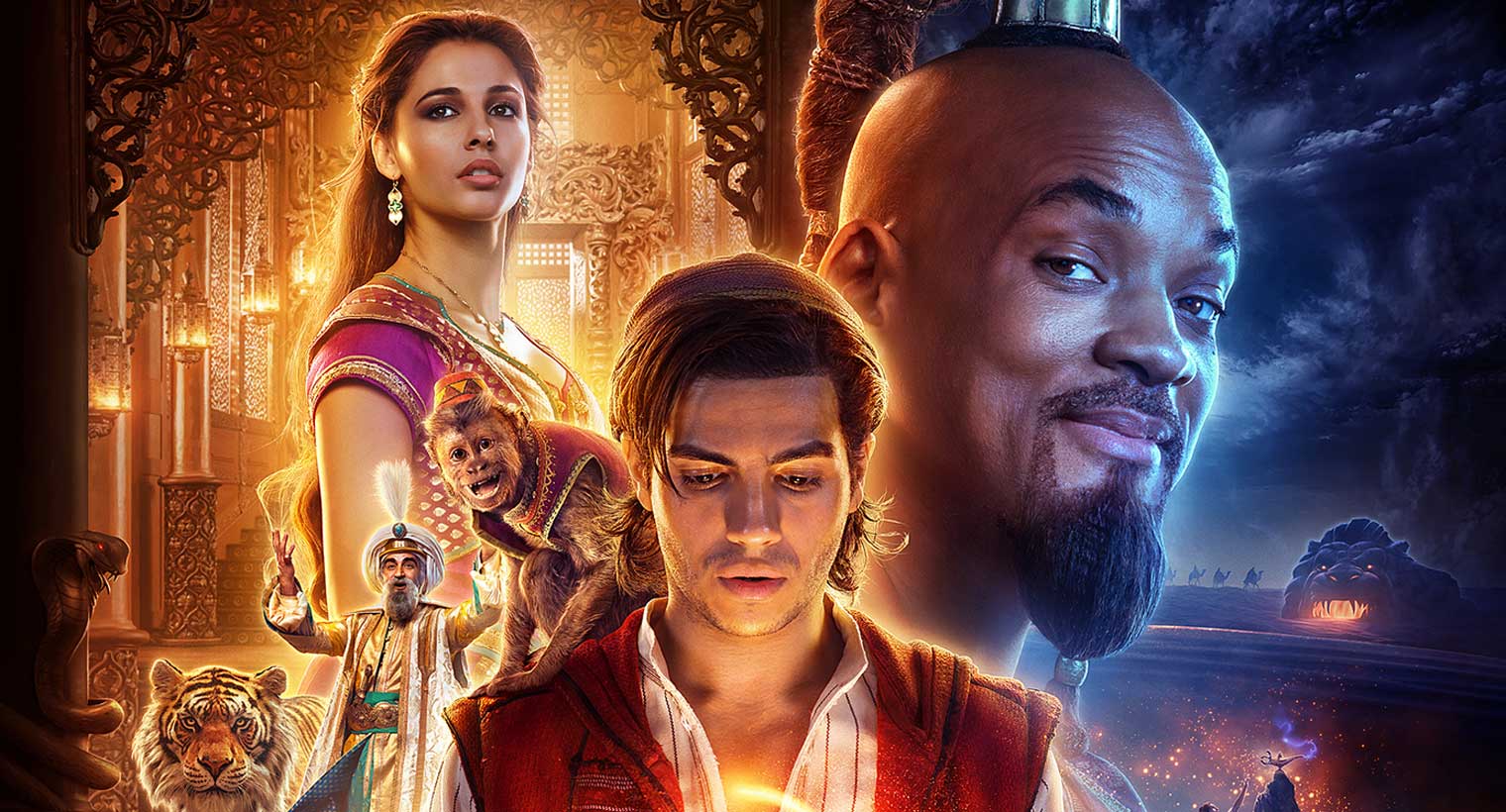 Full disclosure: I love Aladdin. The original animated film came out when I was eight years old and Mum took me to see it. I’ve seen all the terrible straight-to-video sequels, and avidly watched the cartoon series on Saturday Disney. ‘A Whole New World’ makes me cry and ‘A Whole New World’ in the stage musical made me bawl, so it’s pretty safe to say that I would love this new live-action version.

The recent slate of live-action adaptations from Disney’s vast catalogue of animated films has varied from the fresh, romantic, theatrical Cinderella, to faithful re-tellings like Beauty and the Beast (which probably stuck too close to the mold). So how will Aladdin live up to its audience-pleasing animated predecessor?

Honestly, it’s very faithful to the original in terms of pacing, story, and characters. However, there is a life and energy injected into the 2019 reboot that makes it more contemporary. The film begins a lot like the original with the classic opening song ‘Arabian Nights’ introducing our journey with this millennium’s Aladdin. The first stand-out is the stunning production design, and for a film that was mainly shot on a studio lot, it’s quite impressive. Gemma Jackson (who has won awards for her work on Game of Thrones and John Adams) has created such a wondrous streetscape in Agrabah that you can become lost in it. The attention to detail in things like stonework, set decoration, pattern and colour is superb and paints the perfect canvas for our characters to play upon. Aussie costume designer Michael Wilkinson is more commonly known for his work on Justice League, American Hustle and Watchmen, but here he dives into ‘a whole new world’ of rich vibrant colours, fabrics, and inspired pattern designs that reflect the wearer and pop off the more muted backgrounds.

But how’s the cast? Comprised of Mena Massoud as Aladdin and Naomi Scott as Jasmine, they are truly terrific choices. Massoud has a genuine charm and likability as Aladdin, while Scott radiates a regal quality and fierce determination as Jasmine. The supporting cast are all fantastic, including the new additions, but our villain Jafar feels a little less intimidating than his animated counterpart. Unfortunately I found Marwan Kenzari‘s performance lacking in vitriol and malice, so it felt like there was little at stake from the risk of his rise to power.

The real obstacles our heroes have to overcome are personal… And I say ‘heroes’ plural, as Jasmine had much more to do in this version than the previous stories, bringing her more on par with Aladdin. She’s a well-rounded character, more feminist, and reflective of present values. She’s a princess who has genuine interest in leading her people and becoming Queen, rather than finding a husband to do it for her. She goes from asking for what she wants, to learning how to make her voice heard, and becoming a leader with the confidence to take charge.

Aladdin’s storyline has not changed much from the original, in which he learns to believe in his own inherent worth, regardless of social standing. However, this tale has less to do with traditional male roles and instead encourages becoming the sort of person that can stand equally with a partner with respect and support,  either romantically or platonically.

Now to the elephant, or should I say Genie in the room: Robin Williams left an amazing legacy with his performance in the most recognisable role he doesn’t appear in. There were always going to be comparisons made against Will Smith (who confessed to being worried about following Williams), yet he has embraced it fully, infusing the role with his own dynamic personality, making this Genie fun and unique enough to stand out, even with such large shoes to fill.

Overall, I enjoyed Aladdin more than I expected. I will gladly have this version on hand when I want to revisit the story. The only negative, besides a lacklustre Jafar, are the VFX for the blue version of Genie. The body didn’t quite match Will Smith’s face, so it was a little off-putting, but truly a minor issue compared to the rest of the film.