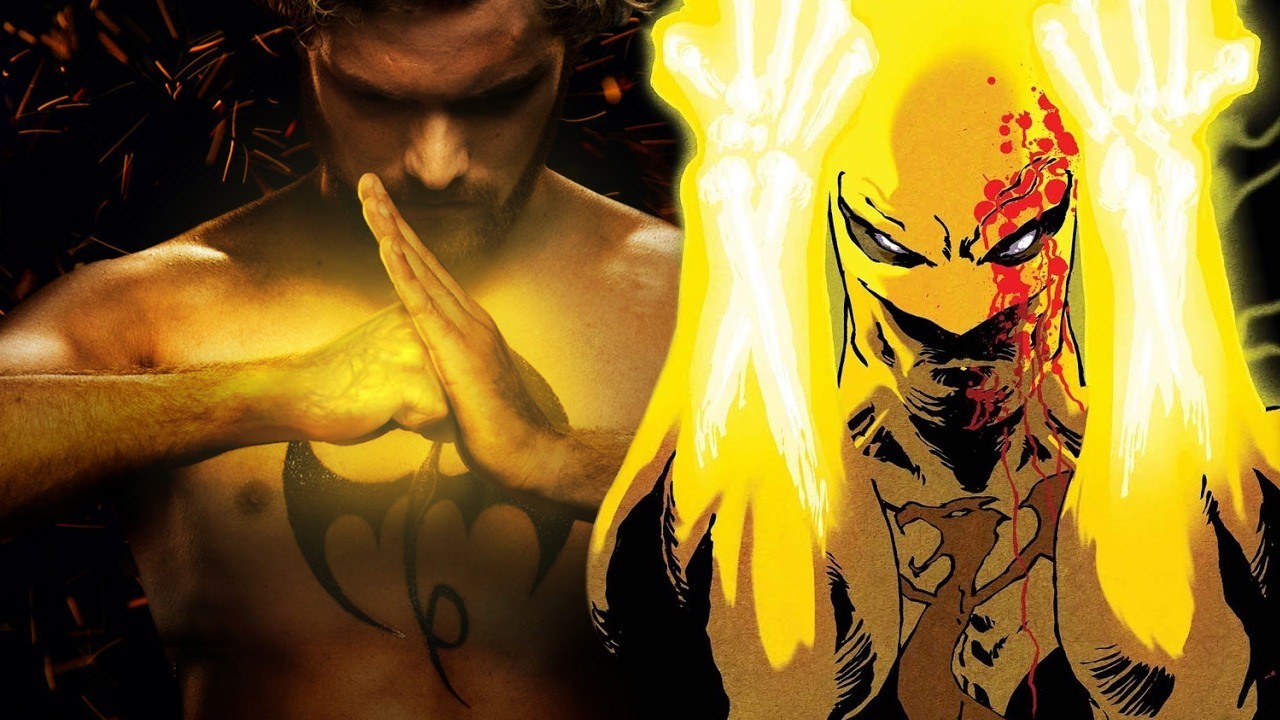 TPToA Review – Iron Fist: Neither Here Nor There

Much as I have when the past three Defenders series were released on Netflix, I have spent the entire weekend consuming Iron Fist like a hamburger. That is to say rapidly, hungrily, without sleep or sex until the job is done. Sadly this final addition to Marvel’s New York has too much in common with the latter for me: it’s a hazy mess with no clear objective or payoff.

That’s not to say that this series isn’t without some serious charm, nor that it is unentertaining or poorly made. Finn Jones puts in a solid day’s work bringing an obscure character to the fore, portraying a man locked between childhood and maturity by severe trauma. His anger is not like that which we have seen in Daredevil and Jessica Jones, it’s not funnelled into an altruistic philosophy, or diluted and confused by an alcoholic dependence. His is a thinly-veiled rage that takes only the slightest provocation to explode and scatter his fragile composure. This adds an unprecedented volatility and unpredictability to a hero that we’ve not seen from Marvel on either the big or small screen. The supporting cast excellently fleshes out this new facet to the ‘New York’ Defenders shows; Tom Pelphrey was especially noteworthy as the intense, imploding conflict-on-legs that is Ward Meachum. We have an excellent soundtrack from the likes of The Black Keys and Method Man, which is reminiscent of the mind-blowing music that defined Luke Cage. As with many superhero comics adaptations, the cast isn’t the problem with Iron Fist. The real problem is behind the scenes and took place well before anything we’re now seeing was committed to film. Let’s break this down so as not to confuse the issue…

The Plot (such as it is)
When Daredevil was released in 2015 we were given a tight, patient and immaculately-paced narrative that was closer to a noir detective story than a modern superhero tale. Murdock leaped through a shockingly violent world of blood, shadow and intrigue that made it impossible to look away. You were compelled to watch the next episode. Jessica Jones was an emotional monster that savaged your heart, taking the danger that lurking in a Hell’s Kitchen night and showing us that this same threat could simply walk up to you in the middle of day and smile. Luke Cage simmered and burned with rippling dialogue and complex characters whose personal depth was equalled only by that of their relationship to each other and their world. Iron Fist gives us… none of this. We get setups without payoffs, plotlines that simply… end, and conflicts that are resolved and forgotten as quickly as they formed. The long game we witnessed in Daredevil, Jones and Cage is not present here; instead, the story jumps from poorly-constructed hook to unsatisfying nosedive.

The Characters
This is a bit of a mixed bag. Although the characters present are all well conceived and well performed, many seem misused in such a way that one can’t help but think that the overarching plot was reconfigured by different people more than once. David Wenham’s Harold Meachum is unbalanced and more than a little horrifying / creepy, but you’re never given a place to put him in your mind. I’m all for uncertainty amongst characters, but the audience ought have a bird’s eye view to allow anticipation to build as we see the pieces move about the board. Daredevil’s Fisk is an excellent example of how this can be successfully done. We were privy to information that the protagonists didn’t know, we could see them falling into traps, outthinking the enemy, and barely missing unimaginable danger by the grace of nought but luck and happenstance. So far, Iron Fist has none of this tension, none of this balance. We roll from one opponent to another like a drunk in a mirror shop, smashing our way through obstacles but not really knowing why, or what the repercussions are.

Finally we have Danny Rand, the ‘Iron Fist’ himself. Having watched an entire series about this dude I still have no idea what he’s about. The abilities and underlying rules behind his power are never explained to any satisfying degree, in stark contrast to Daredevil’s or Luke Cage’s fulfilling backstories. We’re never given a proper breakdown of what his training consisted of, the people he was shaped by, or the circumstances of his departure from Heaven. I’m not even kidding, he essentially leaves because he could and that’s about all we get. I understand what they were trying to do, here: give us a man (who is essentially still a child) struggling with immense power and a severe case of post-traumatic stress disorder. This could work – it would be an excellent emotional counterweight to the destructive might at his beck and call. Instead he comes off as petulant, ignorant and immature.

Despite my criticisms of Iron Fist, I’m optimistic. It is most certainly – more than any of the other series before it – a direct setup for The Defenders. If you keep this in mind, a lot of the open doors and unanswered questions start to make a little a bit of sense. The potential is there for this to become a firm bridging story between the strong foundations laid by the first three Defenders shows. As such, I’ll reserve final judgement until I’ve witnessed this next chapter – but I’m not about to excuse the shortcomings. Bridge or not, a story should be able to independently support itself.