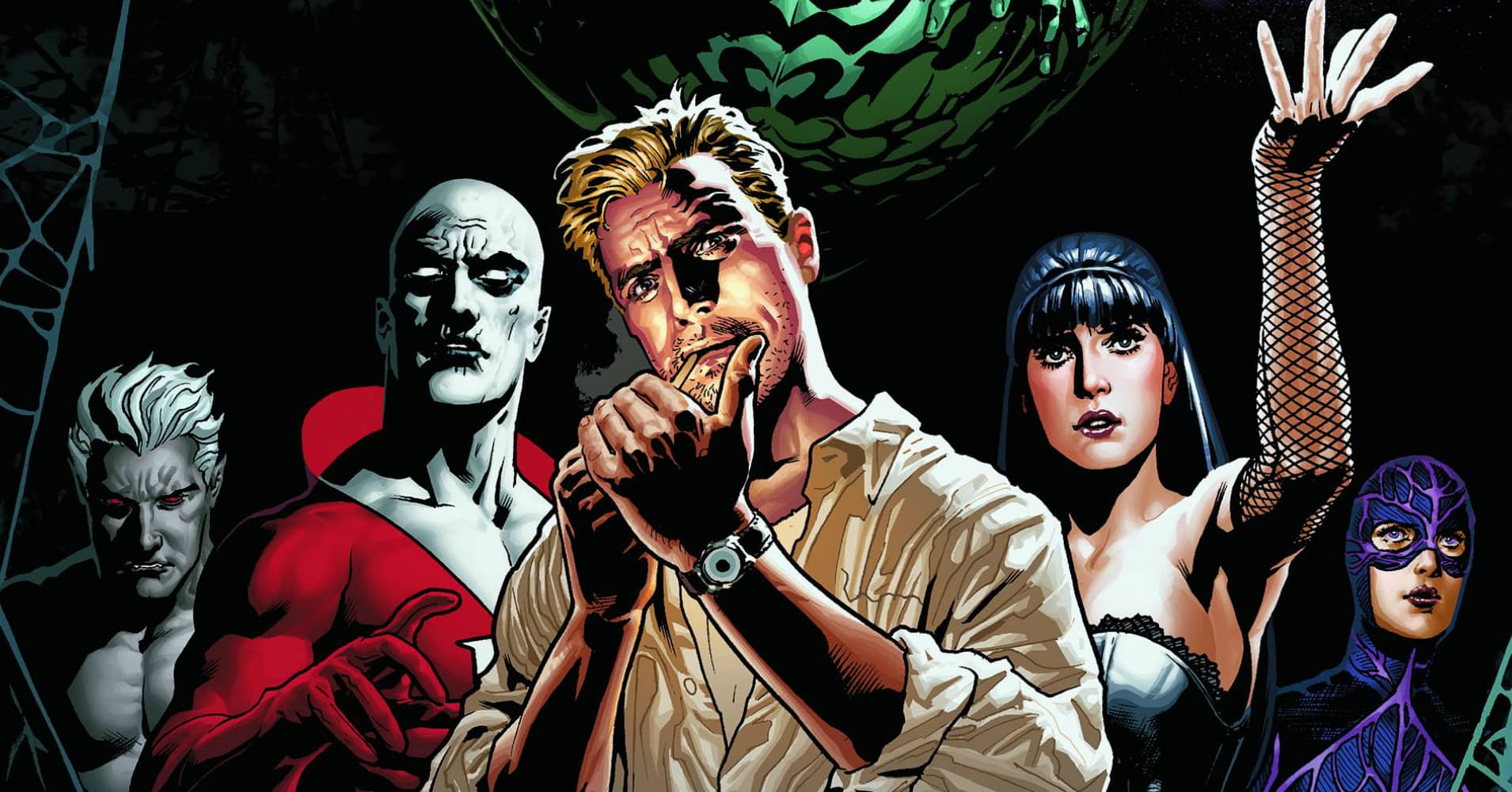 The DC animated universe kicked off with 2014’s Justice League: War, and it’s pretty good overall. This is due to the fact that it doesn’t have to deal with one crucial element that the live-action cinematic universe (poorly) struggles with: suspension of disbelief. Since day one, Marvel has been writing the book on how to depict the unbelievable: you give a few minutes of exposition, don’t explain it too much, add fun, and Blam! Everyone’s forgotten to engage their critical faculties and a good time is had by all. Meanwhile, the DC cinematic universe is just sitting in the corner wearing a black hoodie and blasting Higher by Creed as loud as its laptop speakers can manage. However, DC’s animated universe has wholeheartedly – even intentionally – embraced the ‘fun’ aspect of their mythology by not bothering to explain too much beyond the plot, and letting your imagination fill in the rest. Justice League: War (2014) jumped right into a full-bore battle for the ages against Darkseid, while the inceptual League was still figuring out that their fellow superheroes existed. Justice League: Throne of Atlantis (2015) did much the same by throwing us an abridged Aquaman origin story, then launching at breakneck speed into villains getting devoured by Megalodons and magic tridents zapping tanks.

Justice League Dark (JLD) (2017) keeps in line with this winning formula, going from “What?” to “Huh?” to “The fuck?!” in less than four seconds, without even making it weird. This is the 27th film in the DC Universe Animated Original Movies Series, but I saw it with few preconceptions since I know little of the JLD lore, its members, or the premise of magic as it pertains to the DC universe. Throne of Atlantis referenced it once, but only insofar as to tell me that it’s awesome, so I didn’t have any background knowledge to fill in the blanks of the storyworld. If you want a serious explanation or justification of DCU Magic Lore, this may not the film for you. Usually I’m picky about that sort of thing, but because of the fast-paced storytelling, I honestly didn’t care at all. Right from the top, Constantine (Matt Ryan) is lobbing fireballs and yammering out spells like a Roman beatboxer, Zatanna (Camilla Luddington) is throwing stuff around and summoning all manner of ridiculousness in backwards language, and Batman (Jason O’Mara returns)… Batman generally disapproves of all of this magical nonsense. Which is great, by the way; from the opening scene to the closing credits, ol’ Bruce has had it up to his cowl with magic and the people that use it.

If I had to level any criticism, it would be that the story seems more interested in pelting action at you rather than letting any extended plot or character open up, but I suppose you could excuse that by saying it’s aimed at a younger audience. Constantine can’t be onscreen without incessantly reinforcing the simple fact that he’s Welsh; Zatanna never really develops beyond “the magic lady” who has a conflicted relationship with Taffy Constantine that involves Feelings. This does have the silver lining of bringing in ridiculous characters like Felix Faust (Enrico Colantoni), an introverted misogynist magician with a sense of humour right out of the ’50s.

It’s also worth noting that in JLD almost every member of the regular Justice League posits a magical cause for the problems plaguing their world, and yet no-one but Batman, a relentless skeptic who actively mocks their suggestions, tackles the issue in a meaningful way. This does make them seem somewhat stupid, but also backs up my theory that the whole narrative is told from Batman’s perspective, which counterbalances the supernatural stupidity with somber awesomeness.

I wouldn’t recommend this (or any of the New 52 animated films) if you’re looking for deep character development, complex story arcs or anything close to what we had prior to the Flashpoint Paradox event. Justice League Dark is another example of a fundamentally divergent approach to how the original subject matter is adapted for the medium of animation. Everything from the clean-cut art style to the “as necessary” exposition is a clear signal that DC isn’t going to turn away from the action-over-substance model any time soon, so you may as well switch off your brain and enjoy the madness.

Justice League Dark is worth a watch, and maintains the DC animated series tradition of being damn good fun. 75% Awesome, 25% We Get It, You’re Welsh!

Reader Rating0 Votes
0
Some damn good fun bits and pieces.
We get it, he's Welsh.
75
AWESOME