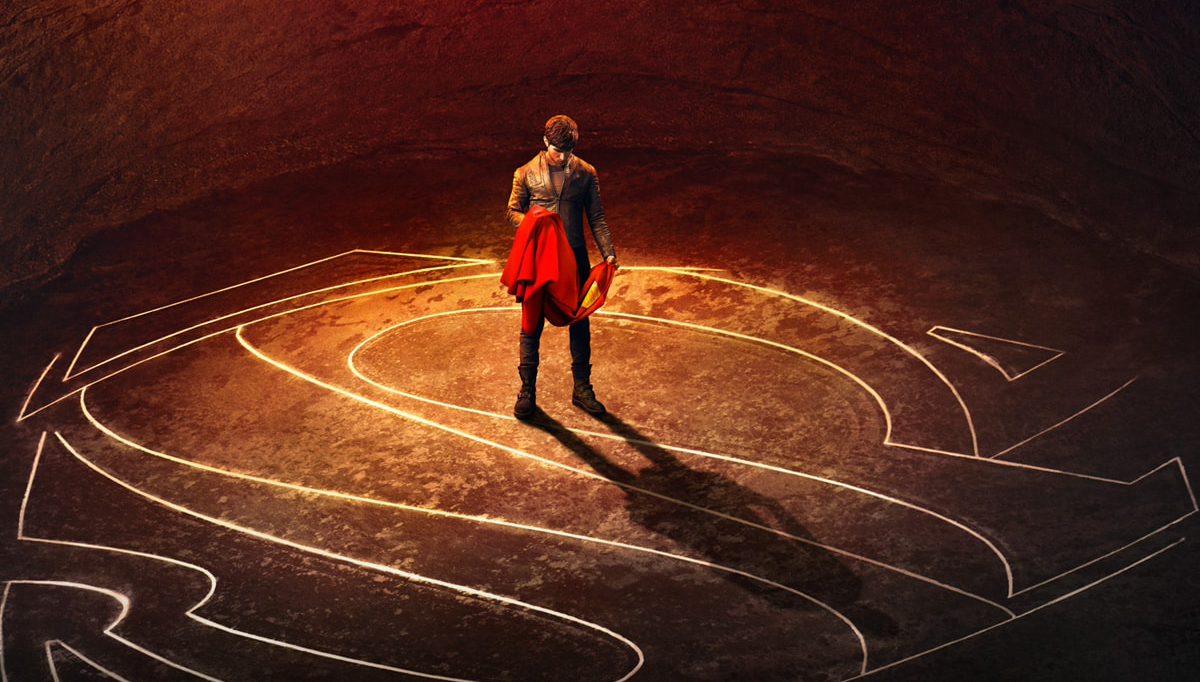 Imagine the pitch meeting where this was suggested:

“We want to do a story about Superman’s home planet!”
“The one that’s blown up?”
“Yeah, but before it blows up!”
“Huh? Is Superman there?”
“No! But his grandfather is!”
“His grandfather? Like… Marlon Brando?”
“No, that was his dad. His grandfather, who we’ve never heard about before.”
“OK. Can he fly, or do anything?”
“NO! But he’s really important!”
“…. Who are you and how did you get into my office?”
“And there’s a guy from the future called Adam Strange, and Brainiac and political intrigue and it’s like Game of Thrones, but in space…”
“SECURITY!”

From the moment this concept was announced as a pilot it seemed like a tough sell: a series about the politics and intrigue of a planet that we know is going to explode, set decades before anything interesting is supposed to happen. There are no tights, there are no flights, just a whole bunch of characters we know nothing about. Smallville succeeded by exploring the story of Clarke Kent before he was Superman, but can you ask an audience to care about a society before Superman even exists?  We’ve seen Krypton in other media as well – most recently in Man of Steel or through flashbacks in Supergirl – and in those, it was always on the brink of doing what it does best: exploding. What hope was there to find an interesting story of Krypton in its prime? Well, if you remember your Kryptonian, you’ll recall that Superman’s “S” emblem of House El means one thing: hope.

Krypton is a surprising series from the outset. It’s beautifully designed, well thought out, and immediately engaging. It also leans in harder than expected on the mythos of Superman and the broader DC Universe. Adam Strange (Shaun Sipos) has travelled back in time from the modern day to ensure that Superman is born, yet he’s hiding a dangerous secret, and mysterious forces are moving into place to try to undo the genesis of Kal El.  What piques interest is that Strange has come back to a time where Brainiac, a powerful alien entity, is about to attack and possibly capture the city of Kandor. Which (if you happen to know your super-history) is not only inevitable, but also essential to the creation of the “Last Son of Krypton”.

Both the El and Zod families are entwined in a complex political landscape with the religious and secular leaders of the city swathed in power and corruption. There is massive division between the rich and the poor and these tensions are made worse by the threat of Black Zero, a terrorist group who are capable of terrible violence. In the middle of this we find Seg El (Cameron Cuffe), a young man whose family name has fallen into disrepute while he himself has fallen in love with Lyta Zod (Georgina Campbell). Seg is suddenly informed that he’s the grand-pappy of the greatest hero the universe has ever known; hilarity ensues.

Krypton is bold, expansive, intelligent and far more successful in its premise than it has any right to be. The characters all feel well fleshed-out and the world they inhabit has an internal logic and narrative discipline that infers a huge amount of thought and planning. Peter David’s excellent novel The Last Days of Krypton could easily have been a road map for this series, but it wisely chooses to go back further and give itself time to breathe. There is a definite sense of imminent jeopardy and danger, without the frustrating feeling that things need to fall neatly into place so that Krypton can just blow the hell up and we can get on with the good stuff. Deft writing and characterisation ensures that you will come to connect with these people not because of what they are to become at some stage in the future, but for who they are now.

Krypton feels unlike the other current superhero shows (and there are a lot). It’s primarily shot in Montreal, Serbia and Belfast which lends it a very different and unusual air. Unexpectedly, almost the entire cast is British (or at least uses British accents) with recognisable faces like Colin Salmon adding significant gravitas. This feels very much like the Game of Thrones of the DC TV slate, and while it may ultimately aim to fit in with some of the other Superman-related shows, it currently sits apart in its own rarified atmosphere.

Krypton shouldn’t be as good as it is; on paper its a silly idea, which has meant the viewership probably hasn’t been as strong as it could be. Thankfully, it has been given a chance to spread its wings with a second season and if this first is any indication, it will absolutely soar. Like a bird… Or a plane… Or someone else we might know.

Reader Rating0 Votes
0
surprising twists and turns throughout mean it never gets boring
engaging characters and relatable scenarios keep it feeling grounded
Beautiful design and thoughtful world building
A silly concept may make it a hard sell for audiences
Sometimes it has an overly languid pace, sometimes it rushes through important points
88
AWESOME