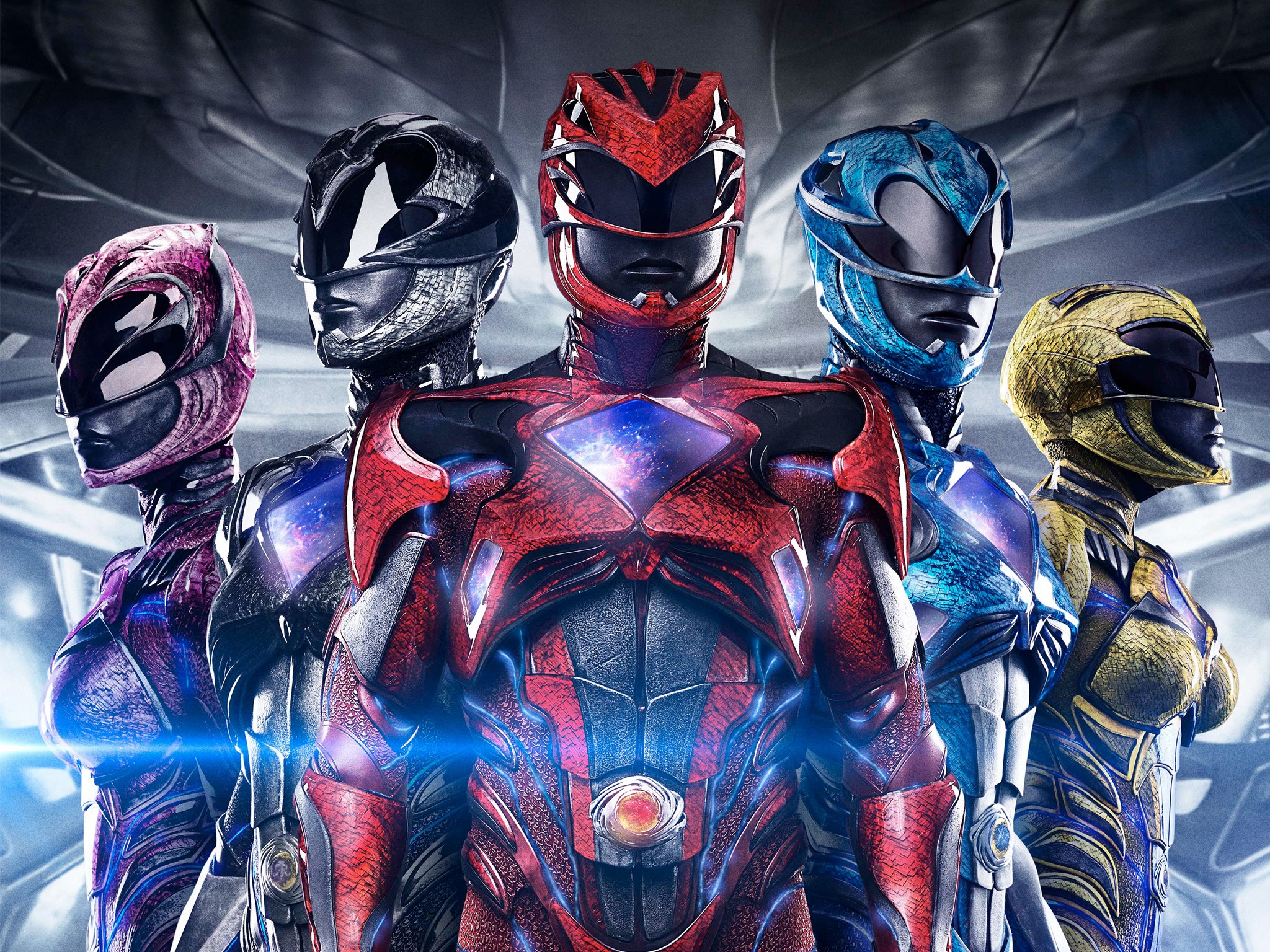 In the ’80s, director John Hughes did some genre-defining work in creating films that both spoke to teens and gave them a voice: movies like Pretty in Pink, Sixteen Candles and Ferris Bueller’s Day Off were formative for a generation. Possibly the greatest of these films was The Breakfast Club: a film which gave us a bunch of stock characters and cut-out tropes, then played them off against one another until they became fully rounded characters with whom we fell in love. For many people who grew-up in the ’80s, The Breakfast Club is the coming-of-age film for their era. If a film lie that were to be revisited, what it would not need is for the characters to don colour-coded armour, talk to and pilot questionable C.G.I. robots, and fight giant golden monsters over a ridiculous product placement. And yet… here we are.

The Mighty Morphin Power Rangers (MMPR) happened at the edge of my childhood, just as I was losing interest in after-school TV and looking towards adolescence, angst and alcohol for my kicks. I was aware of the show, but wasn’t consuming it religiously. It felt derivative of two of my childhood favourites: Voltron and Battle of the Planets and as such, I was slightly wary of it. It felt like a cheap impostor, and while it was certainly fun, it simply wasn’t aimed at me. The following series held even less interest, and once the original five Rangers had moved on, so had I. Recently I was reintroduced to the franchise thanks to a recommendation that I check out the R.P.M. series, and I have been entertained by its post apocalyptic setting, which clashes head-on with the men-in-rubber-suits goofiness. However, the Power Rangers have basically been strangers to me for about 20-odd years, so it was with low levels of enthusiasm that I watched the film.

Power Rangers is the story of five misunderstood teenagers who find powerful magical coins, learn to become armoured superheroes, and then drive giant robot beasts which can join to become one (even bigger) robot. They fight monsters. …That’s the whole plot. So why the film spends almost two thirds of its running time on the first three words: “five misunderstood teenagers”, is a bit of a mystery. It feels like the director and writers really wanted to make an involved character piece, with elements of Josh Trank’s Chronicle in there as well, but then are begrudgingly forced to give in to the armour, robots and monsters right at the end. A common criticism of action cinema is that we don’t give the characters enough time to develop, so I’ll give props to this film for doing its best to explain the motivations of its heroes. But somehow, even that feels underdone.

The five kids here all have different issues to overcome. Some of them are pretty much by-the-book teenage tropes like the “rebellious, over-pressured sports star” Jason, and the oddly ambiguous “mean girl” Kimberly (whose secret shame reveals her bullies to be somewhat justified in their bitchiness). But others do strike out into unfamiliar and progressive waters. Billy is openly addressed as being “on the spectrum”, and while he is in some ways a comedic element, he still gets to become a fully fledged superhero and is one of the most likeable members of the team. Trini is aloof and initially wants nothing to do with her team-mates, but her [SPOILERS!] revelation of being gay doesn’t feel like it’s given as much development as it could have been. And then there’s Zack, whose big secret essentially consists of him being a good kid with a sick mum. But again, all of this seems to get in the way of us getting to the actual power Rangers stuff!

When we finally get the suits, robots and monsters it is all a bit of a mess. There are efforts to shoot them a bit like the TV series, down to the low angle shots and dubious model work, but the action beats lack the energy of the old shows. The martial arts is underwhelming, mostly because the bad guys are inhuman, indistinct rock piles (think: the angels from Noah) and as such it’s never clear exactly what people are hitting. The frenetic pace is mired by unnecessary slow-mo and the fact that everyone looks CGI – good guys and bad – alienates us from the characters in the suits. The Zords are all fine initially as robotic dinosaurs, but probably the film’s biggest disappointment is the Combination Megazord. The choice of final robot design means that we never get to see them actually combine, because logistically they simply can’t. One of the joys of the show was that you watched the robots transform and combine. It was stock footage each episode and you learned to love it. Here they have chosen to do it off screen or behind smoke and flame and it feels like a bait and switch!

Throughout the film the camerawork is astonishingly uneven: wild shaky-cam on one shot, rock-solid on the reverse, terrible focus, questionable lighting and some “creative” shots that end up being more frustrating that artistic. The tone veers all over the place, from adult to puerile; the bull masturbation joke in the first few minutes being a prime example of aiming for comedic grit and coming up with gross. It can’t decide if it’s a hardcore teenage think-piece or a wacky coming of age comedy, but then it reveals itself about half way through the movie: as an incredibly expensive commercial for Krispy Kreme donuts. This is, without a doubt, the most blatant product placement I’ve seen in a film in the last decade, and yes, I’m including the Transformers films (which get joked about too). Krispy Kreme gets name-checked multiple times in multiple conversations and in fact becomes the MacGuffin of the film. Lines like “We have to get to the Krispy Kreme to save the world!” are not handled ironically, but played dead straight. But the final straw is the mid-fight moment that Elizabeth Banks’ Rita Repulsa takes a break from chewing scenery (and actual gold), to lovingly eat some sweet Krispy Kreme donuts.

I am not the intended audience for this film. It is not for me. I understand that. I’m also not quite the right age to be won over by sheer childhood nostalgia. However, I’m not convinced the film knows who it is for: if it’s aimed at the teenagers of today then the action stuff is too little, too late. If it’s aimed at the fans of yesteryear it feels like it gives very little payoff for them, and leaves out some of the best elements of the old shows. Maybe it’s aimed at the pre-teens of tomorrow? But if that’s the case, then I’m pretty sure the concepts of revenge porn and bull husbandry may be a bit beyond them too. It is cheesy and fun in places, but not often enough to make it the romp I was hoping for. Close, but no cigar.