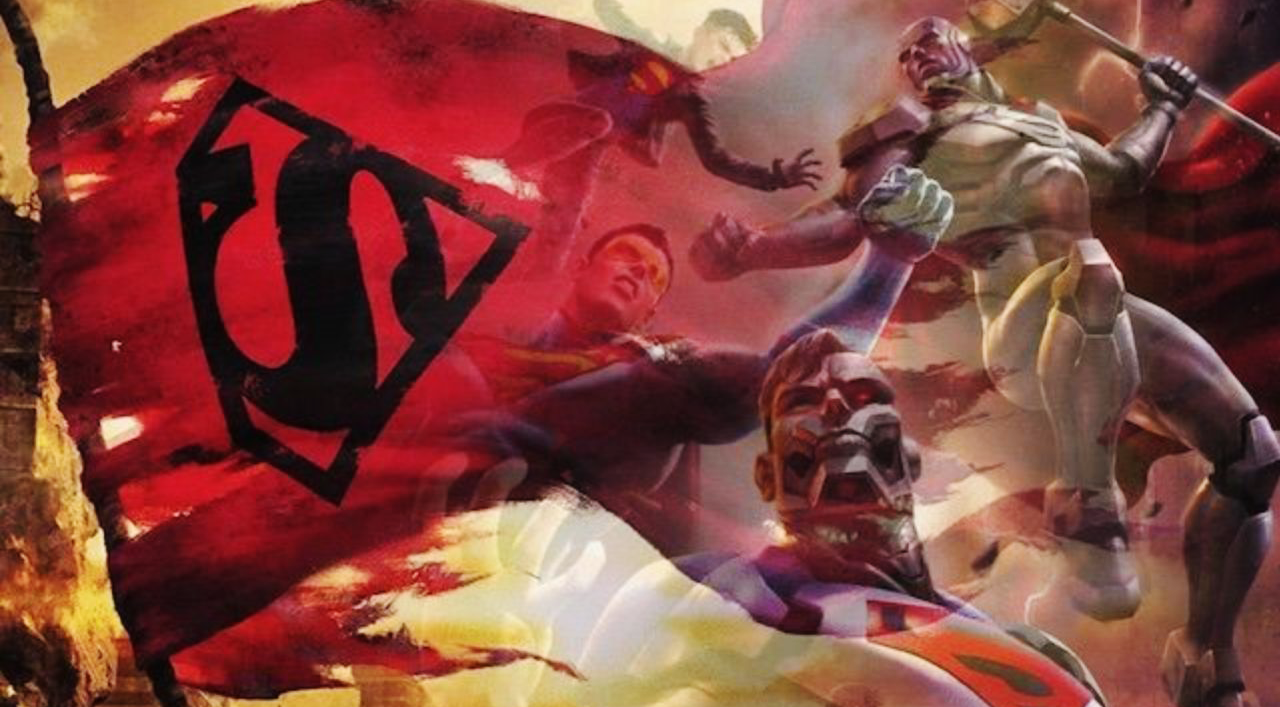 TPToA Review – The Death of Superman & Reign of the Supermen

The Death of Superman & Reign of the Supermen

The DC animated films have been decidedly hit and miss since their arrival onto the market in 2007 with Superman: Doomsday. At their best they have been beautiful creative adaptations of beloved classic comics (The Dark Knight Returns, Justice League: the New Frontier) or inventive new explorations of characters we love (Wonder Woman, Batman: Under the Red Hood). But at their worst they have combined hackneyed scripts and really poorly judged ideas with ugly visuals. The nadir bringing us a criminally awful re-imagining of a seminal comic story… Yes we’re looking at you The Killing Joke.

There have been stand-alone titles, one-off anthology experiments and continuations of previous animated universes, as well as a number of tonally similar films that have managed to form a cohesive “New 52” animated take on the DC universe (now known as the DC Animated Movie Universe) . It’s in that particular corner of this multiverse that we find ourselves with the Death of Superman and its sequel The Reign of the Supermen.

Taking the bulk of their plot from the blockbuster 90’s Comics series by Dan Jurgens, Roger Stern, Louise Simonson, Jerry Ordway, and Karl Kesel, this two part film series does a surprisingly deft job of incorporating a lot of the original comic’s heart, depth and pathos, while still managing to tell the story in a way that feels fresh and interesting for people who are new to the story. The decision to utilise the “New 52” timeline also allows for a lot of character depth to be given in relatively short screen time, as it’s assuming viewer knowledge of the previous canonical films. This allows the main plot to feel both grand in scale, but emotionally engaging and personal all at once; which is something the first animated attempt at this story failed miserably at.

We can’t go much further without mentioning Superman: Doomsday, the very first DC animated film from this studio and a shining example of how not-to-do an adaptation of a series like this. It condensed a storyline that ran for an entire year, over multiple titles into a single 77 minute film and seemingly thought it wise to drop most of the main plot points in favour of a simplified and underwhelming “cliffs notes” version. For fans of the comics it felt like a massive missed opportunity and a huge step backward, which wouldn’t be topped until 2016’s Batman vs Superman.

The Death of Superman is a surprisingly excellent film, it is well paced and well animated, it has interesting characters and fully developed relationships that feel like they are given time to grow through it’s relatively short 81 minutes. The action between Superman and Doomsday is hard hitting and visceral in a way that is unusual in animation; the hits have weight and the titanic proportion of the fight is conveyed well. It has an excellent soundtrack and nice beefy sound mixing, with a cast that has really embraced their roles and now no-longer feels like a poor-man’s DCAU. Jerry O’ Connell’s Superman is vulnerable and accessible while being sparky and playful bouncing off Rebecca Romijn’s Lois.  The rest of the League have found their groove and are doing what they do well, including an enjoyably light hearted Nathan Fillion as Green Lantern and Jason O’Mara’s dour Batman who share one of the funniest scenes in the film.

Reign of the Supermen is perhaps not quite as strong a film, as it is lacking the central cohesive factor of the Superman and Lois relationship. Though the introduction of the multiple other Supermen and the subsequent exploration of them and their secrets still makes for really compelling viewing, the emotional gut punches of the first film unfortunately aren’t here. Towards the end some of the plot points that deviate away from the comic book source feel a little out of place, both tonally and storyline-wise. The addition of a much larger, more powerful villain also threatens to derail the film in it’s second act, though it never entirely comes off the track. This switch out has seemingly been done to replace a character from the comics who hasn’t been used in the animated canon, though the new choice of threat almost over-shadows the A-plot villains and that’s dangerous in a film like this.

The main take-away from these films though, is that the story still holds resonance and has a place for modern fans. This is a character arc that works as well for the New 52 Superman as it did for the classic character in the ’90s. It also proves that what the story requires to work, is a consistent universe and a large supporting cast of characters you care for. Perhaps this is where the live-action attempt fell so far short of the mark; you need to see a swathe of other super heroes brought down by Doomsday to understand why his fight with Superman is so epic and what is at stake. You must care for the relationship between Lois and Clark as well as Superman and Batman’s friendship, before breaking it. Sorry, but Introducing Wonder Woman half way through is just not enough Mr Snyder.

Its really good seeing DC’s animated films find a groove and really show what they are capable of as a medium. Seeing this story given the time to breathe that it needs, has given us renewed interest in seeing some of the other story arcs that have been lauded in the pages of DC finally adapted to the screen well. Could we see Batman: Knightfall done over a 3 movie arc (Knightfall, Knightquest and Knightsend) that would finally do Bane justice on screen? Could something like Emerald Twilight, Crisis on Infinite Earths or Zero Hour be given the opportunity to be brought to life? We will have to wait and see. Though there is always The Ghosts of Bad Adaptation Past, looming near in our memory. Maybe a few more success stories like this may yet exorcise that grinning leering fiend… Yes we’re still looking at you The Killing Joke

Reader Rating1 Vote
49
Great character development which adds pathos to the large scale destruction
Genuinely funny scenes are a good counterpoint to the serious and dark tone towards the end
Hard hitting action and visceral violence are not toned down at all.
The Reign of the Superman is a lot harder to adapt and seems spread thin at times
Adaptation challenges almost derail the plot for the films bad guys
89
AWESOME