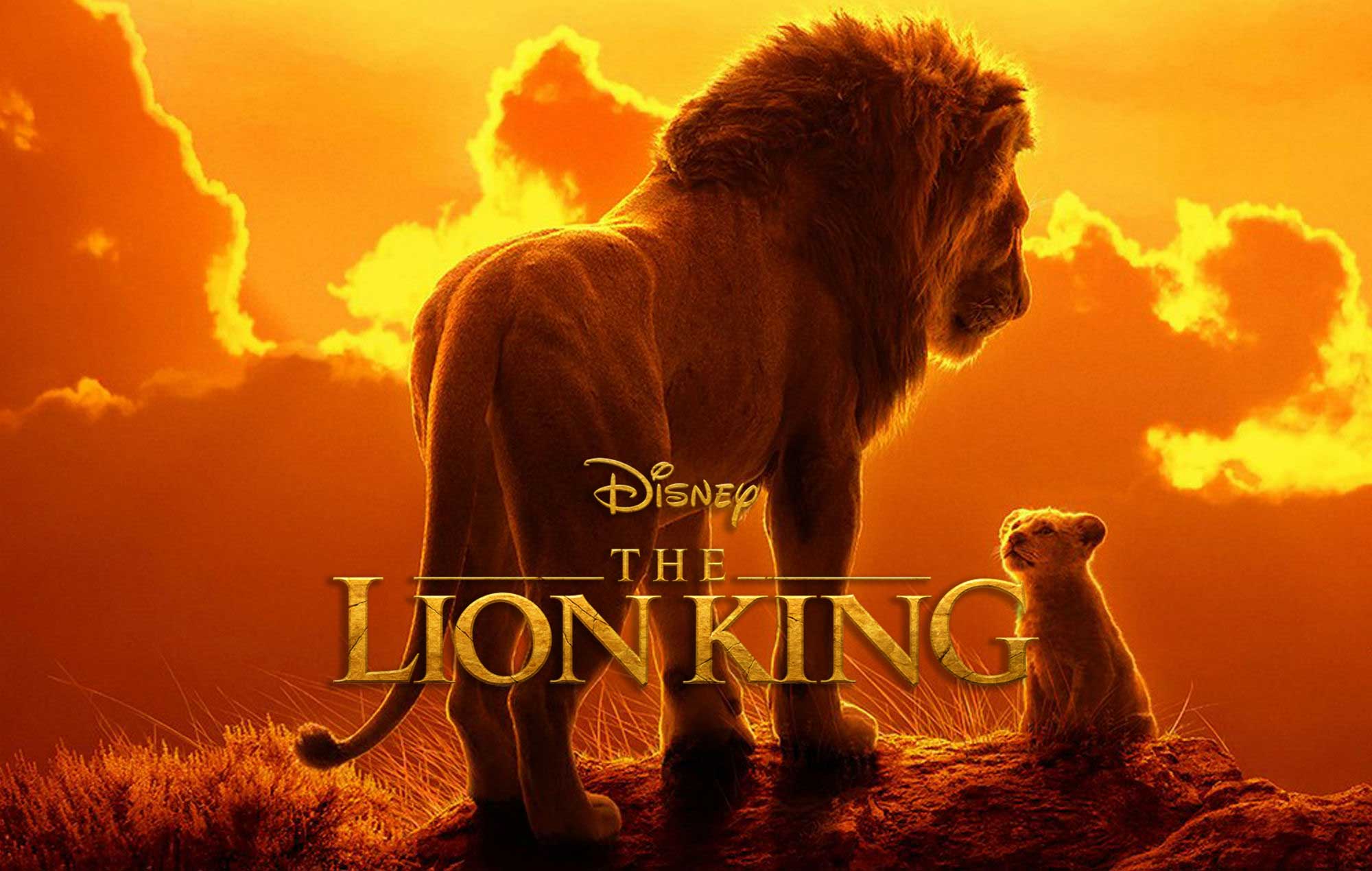 In 1993 a trailer was released that stopped a generation in its tracks and suddenly made them keenly aware of the beauty of animation and the powerful creativity coming out of the Disney Studios. That trailer was for The Lion King.

Directors Rob Minkoff and Roger Allers had created a trailer that was simple and incredibly memorable. There was no dialogue, only one song and a lot of stunningly animated animals. We were intrigued; teased with the possibilities of what the film might be about… and then a year later it was released and became a pop culture phenomenon. Eventually it earned the position of “highest grossing animated feature” and it still sits in the all-time top ten.

It wasn’t without its critics, however: many complained that the plot was little more than a rehash of Shakespeare’s Hamlet with a fresh coat of paint, and others (less favourably) compared it directly with the Japanese anime series Kimba: The White Lion. The following short documentary by Alli-Cat is an extraordinary exploration of the history of that controversy…

Not everyone liked the more cartoonish musical elements either, which seemed incongruous with the teaser trailer’s more sombre tone. Overall though it was critically acclaimed, financially gargantuan, and adored by the viewing public. Elton John and Tim Rice had created a memorable set of songs that definitely passed the “old grey whistle test” while the score was stirring and majestic. It was successful enough to get a few Direct-to-VHS sequel films, a spinoff series for the comedic side characters, Timon and Pumbaa and even an animated TV series continuation/spin-off called The Lion Guard (2016). It’s sold millions of soft toys, video games, posters, cups, collectables, pyjamas and pretty much anything that you can slap a branded sticker on. It’s also one of the longest-running stage musicals of all time. It’s absolutely peak Disney.

Now lets shift ahead to 2016 and the release of The Jungle Book, Jon Favreau’s “live action” remake of the animated Disney film. Audiences are (mostly) intrigued and entranced by this photorealistic re-imagining of a beloved animation. It manages to balance enough of the original’s style to give us the nostalgia hit we want, while updating and re-thinking some of the antiquated (or outright racist) story elements for a modern audience. The Disney overlords are pleased and production commences on The Lion King, again with Jon Favreau at the helm.

2017 sees the release of Beauty and the Beast, which is an even more direct re-telling of the Disney animated film than The Jungle Book. It’s incredibly successful but many viewers are unimpressed with the quality of the singing, especially from the lead, Emma Watson. It washes its face in near record time and Disney is now more convinced than ever that remakes are a license to print money.

We’re jumping forward now to May 2019, and it’s the turn of another animated film to get the live-action treatment. Guy Ritchie’s Aladdin is a middling success, with critics uncertain as to its artistic value (56% on Rotten Tomatoes) and audiences seemingly happy enough to accept its uncertain tone and style (93% as rated by Google Users). All can agree that the loss of Robin Williams’ comedic genius has had a marked effect on the final product.

Finally we find ourselves in July 2019 and Jon Favreau’s Lion King has finally been released: here we are, looking wide-eyed at an incredible technical marvel, a photorealistic re-imagining of the classic animated film. But suddenly the word “re-imagining” feels wrong;  it feels wrong because the word “re-imagining” is based on the word “imagination”, and that is the one thing completely, utterly lacking from this stunningly beautiful, but rapidly cooling corpse of a film.

Make no mistake, The Lion King is gorgeous. It is a visual feast which pushes the boundaries of what technology can bring to life on the screen and it provides us with incredible recreations of the beloved scenes of the film which we fell in love with 25 years ago. But there lies the problem: it recreates them so slavishly and unerringly that there’s very little of anything lively or new to be found in these scenes. Dialogue feels like it is either precisely the same script, or maybe, more likely, someone was writing it based on their memory of the original. This is compounded by having the same actors reprising their roles. It gives an uncomfortable feeling of Deja Vu, mixed with an overtone of redundancy. Mufasa was a (doomed) father figure to a generation of kids, and James Earl Jones’ portrayal was perfect in 1994. His role in 2019 is precisely the same and that feels oddly both timeless and repetitive.

The film’s creators have clearly decided early on in the process that this version was not going to bring anything new or different or divergent to the party or anything to separate it from the extremely successful original. We are to move scene-by-scene through a shot for shot remake of that first film, only omitting or changing things when they don’t work with the new, photo-real paradigm. In doing so, however, they manage to lose some of the most important nuanced moments. And somehow, in their passionate desire to slavishly adapt the film to a living, breathing reality, they manage to let the heart and soul of the film slip through their fingers onto the cutting room floor.

This is the most astonishingly non-creative re-creation of a wonderful film that you’re like to see on screen anytime soon. It’s like it has somehow been “sweded” by someone with a massive budget and a sycophantic adoration of the original, with no effort to update, re-think, re-consider or re-contextualise the story at all. It is the same movie, but with different graphics and a few bits cut out. It is also completely pointless, and that’s really sad. The cast are doing their best to make this interesting, but they are stuck behind the masks of these gorgeous CGI animals. The music tries bravely to elicit your emotions, but they feel like they’re asking you to feel someone else’s emotions from the other side of the room. Even heart-breaking moments like Mufasa’s demise fail to resonate deeply, partially due to the stampede-battered remains of the scene lying in the bottom of the uncanny valley, and partially because you already know he’s coming back as a cloud in about 20 minutes anyway.

Songs that used to bring a thrill like “I Just Can’t Wait to be King” and “Be Prepared” had me prepared only to leave, and I just couldn’t wait to be gone. One song (which was originally a throw-away joke) became the sole new addition and only real improvement to this version of the film: the acapella “The Lion Sleeps Tonight” is a joy and I’ll not hear a bad word about it. Gags are left hanging, punchlines fall flat and any new jokes that are attempted seem only to reference old jokes or other Disney properties. This is bland, redundant, costly and criminally safe filmmaking at its worst… and it, like the rest of the Lion King franchise, is continuing to be on-brand and absolutely peak Disney.

If you’ve found this all a bit TLDR, feel free to check out the video review I did, which attempts to say all of this a lot faster and features a lot more cutaways to the stunning visuals:

Reader Rating1 Vote
75
Its the same film, only prettier
The cast are perfectly fine and Beyonce is by no means awful
It's a visual achievement of staggering skill and capability.
It's the same film.
It feels like an overly familiar hug: Warm but weirdly inappropriate.
Its self-referential meaning it won't play for a new audience but isnt funny to the old audience.
65
AWESOME