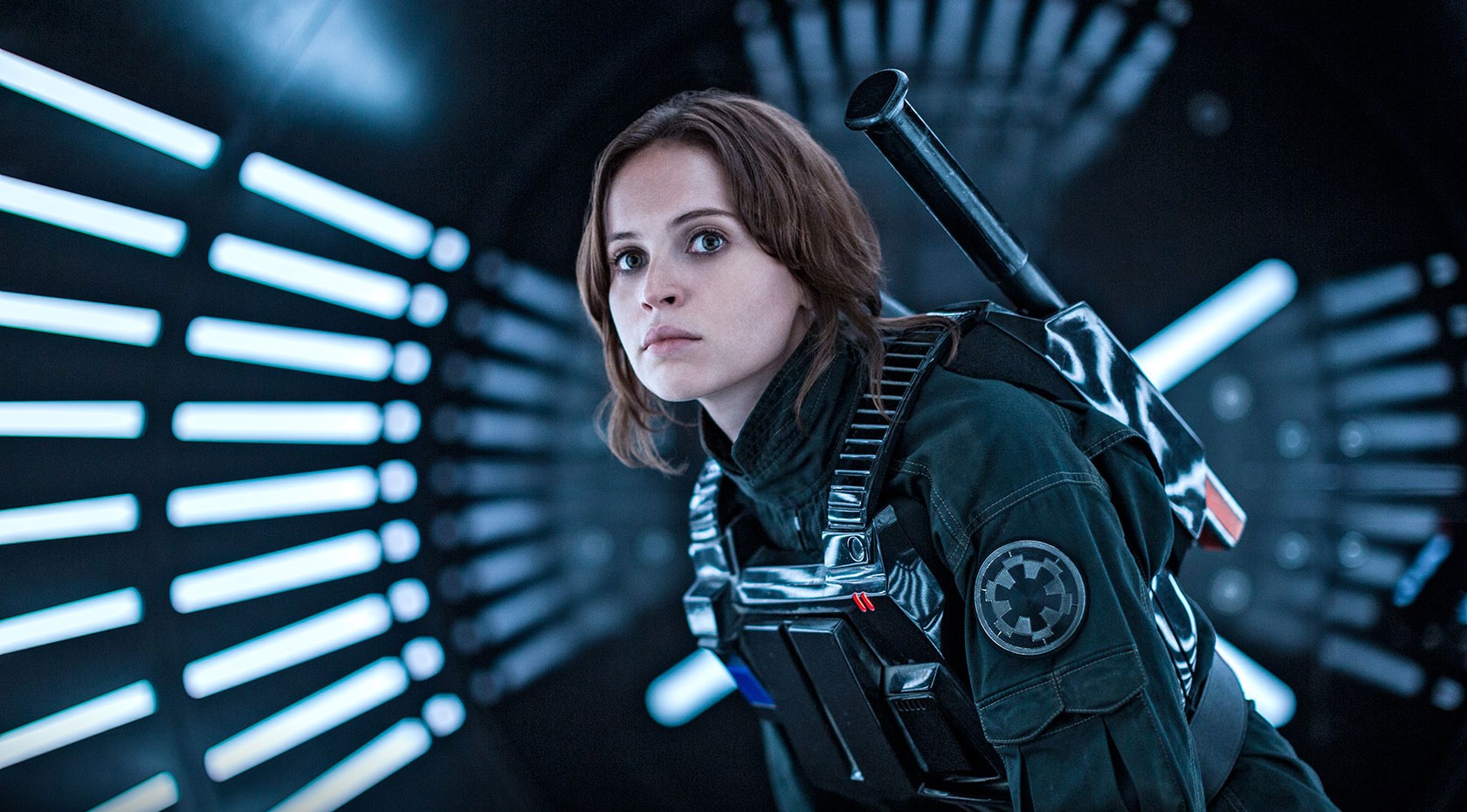 Rogue One is a story of rebellion, of hope, of sacrifice and of the cracks that let in light during the dark and terrible domination of the Empire. Every player on the Rebel side feels small and insignificant compared to the might and majesty of the occupying forces. The Rebels’ risky, scrappy fighting and metastasising sense of despair convey their exhausting struggle against overwhelming odds, as their attempts to fight against the Empire’s tightening stranglehold become increasingly desperate.

The Rebels may be outmanned and outgunned, but they have the courage of their convictions. Rogue One explores the grey areas required to be part of a resistance: it’s not a clear ethical case of black and white, it’s a muddled pool of bad actions for the right reasons, or good actions for the wrong ones. There’s a real sense of moral conflict that is not glossed over or shied away from in this film, unlike many other entries in the Star Wars canon.

The greatest strength of Rogue One is the way it comforts you with familiar settings and expectations, while playing with a more nuanced story and more complex character motivations. It’s deeply narratively satisfying to feel the story’s set pieces all clicking into place in the wider landscape of the Star Wars “universe”. There are times you see things on screen that immediately draw a feeling of nostalgia, but they’re in situations that are darker, more depressing and more grounded than anything yet offered by Lucasfilm. In contrast with the notorious “prequels” – which fans picked apart for their lame dialogue and unconvincing CGI – audiences will delight in the presence and gravitas of Rogue One’s landscapes, backstories and ensemble characters.

No edition in the Star Wars canon would be complete without droids, and Rogue One introduces us to K-2SO (expertly voiced by Alan Tudyk), a seven-foot tall Imperial security droid whose lack of social skills make C-3PO look like Casanova. While his deadpan humour is occasionally distracting, it’s so deftly delivered that you can’t begrudge the moments of levity and the genuine heart underlying the performance.

The three-act structure suffers from some bumpy pacing, having to switch planets and time periods with an unnatural sense of timing. Much like the original trilogy, Rogue One has some weird ideas about how distance and time work, but that’s forgivable.

The real, shining moments of the film are in the last 20 minutes, in which any flaws are blown off the screen and you’re left reeling with the satisfaction of closing a loop. It fills in the blanks where you weren’t sure of a plot element (or didn’t expect one), so you can finally appreciate the urgency of the opening scenes from its sequel: 1977’s A New Hope. Is this the Star Wars film you’ve been waiting for? Maybe. It may not be the film you’re after, but by the time the movie’s over, you will understand what must be sacrificed in order to rebel against an Empire.

I am with the Force, and the Force is with me.