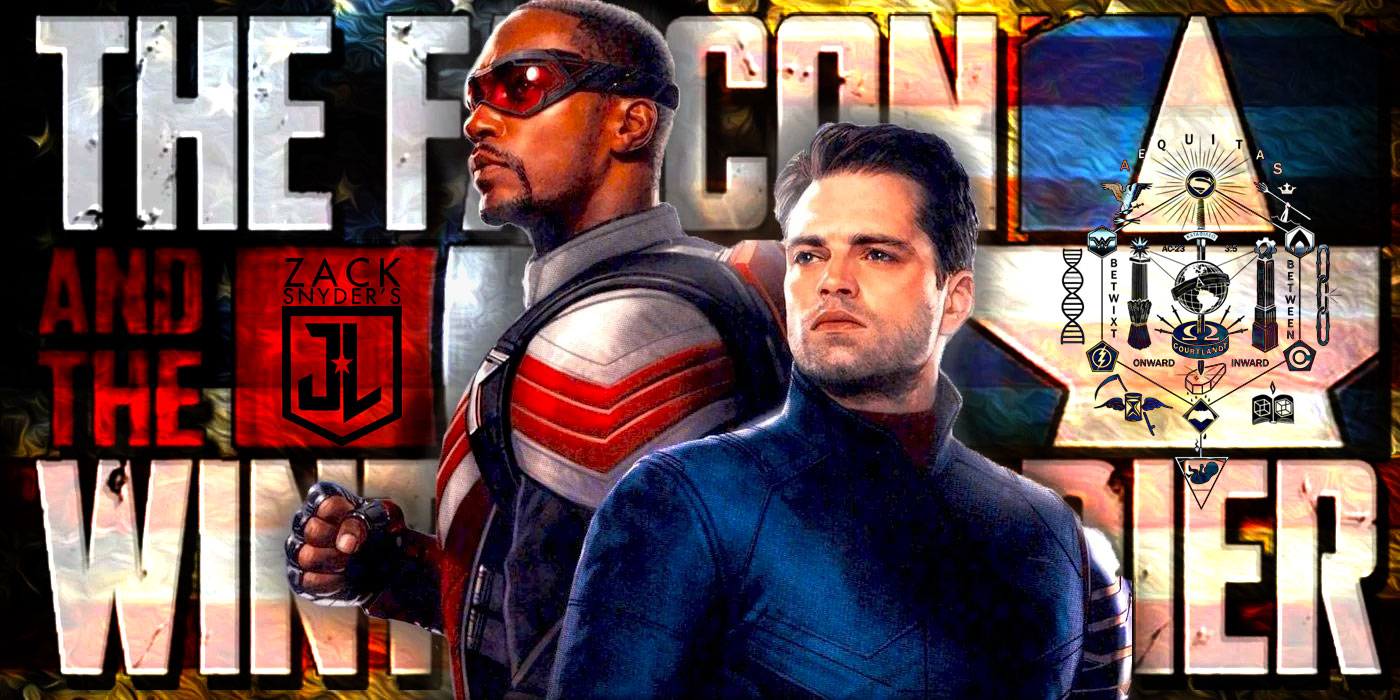 TPToA Podcast 209 – The Falcon And The Winter Soldier and Zack Snyder’s Justice League too!

Look, up in the sky! Is it a bird? Is it a plane? Well, yes, actually… kind of. It’s a man dressed as a bird, with a strap-on plane? And there beside him is his buddy the metal-armed cybernetic bad-ass with a memory problem. Check out our take on the first episode of ‘The Falcon and The Winter Soldier‘ (now streaming on Disney+).

If that’s not enough super-heroics, we also have our eyes on the skies for another flying fool with a cybernetic badass mate, plus their super-friends Bat Guy, Wonderful Lady, Wet Knight and Ralph Bohner in a red suit… It’s a watershed moment in comic-book movie history: Zack Snyder’s ‘Justice League‘ director’s cut! (Not to be confused with our recent Drunk Cinema episode on Joss Whedon’s attempt at the film).

Dion, Jill and Quinny are pulling double-review duty and going head-to-head on Marvel vs DC… Who will win? Who will stay awake?!

As always, a MARVELous-thanks goes to our heroic bastions of truth, justice and the live-streaming way who soar on in to the live chat during the Twitch stream, each Tuesday night at 7:30pm AEDT. An especially huge thanks goes to any of you kind enough to support us by dropping some bags of cash into our jar via Ko-Fi! And we are very excited to say that soon you’ll be able to subscribe on Twitch!

Every bit of your support helps us to (hopefully) keep entertaining you!

Two WILDLY different takes on the superhero genre go head to head.
Falcon and the Winter Soldier is an action packed Marvel movie on the small screen that some of us felt was a bit slow. Justice League however is an strange monument of a film. A story told once that killed a franchise, which is then resurrected by fans to tell it again... shambling, bloated and heaving into being a better film.
Steve's Buddies
It feels like a big budget Marvel Action movie on your TV!
Getting to know the two leads is enjoyable and fleshing out their stories is long overdue.
It may be a bit slow and if you aren't invested in one character or the other, you may get bored.
the nameless goons in uniform masks feel a bit like the worst kind of Arrowverse Shtick.
Marthas' Sons
It's a more cohesive, intelligible film with characters who have actual drives and motivations.
The big fight sequences now feel much more earned, the jeopardy is well developed and the stakes are high.
It's 4 hours long for crying out loud. it has WAY too many endings. Its an artefact, not a blockbuster.