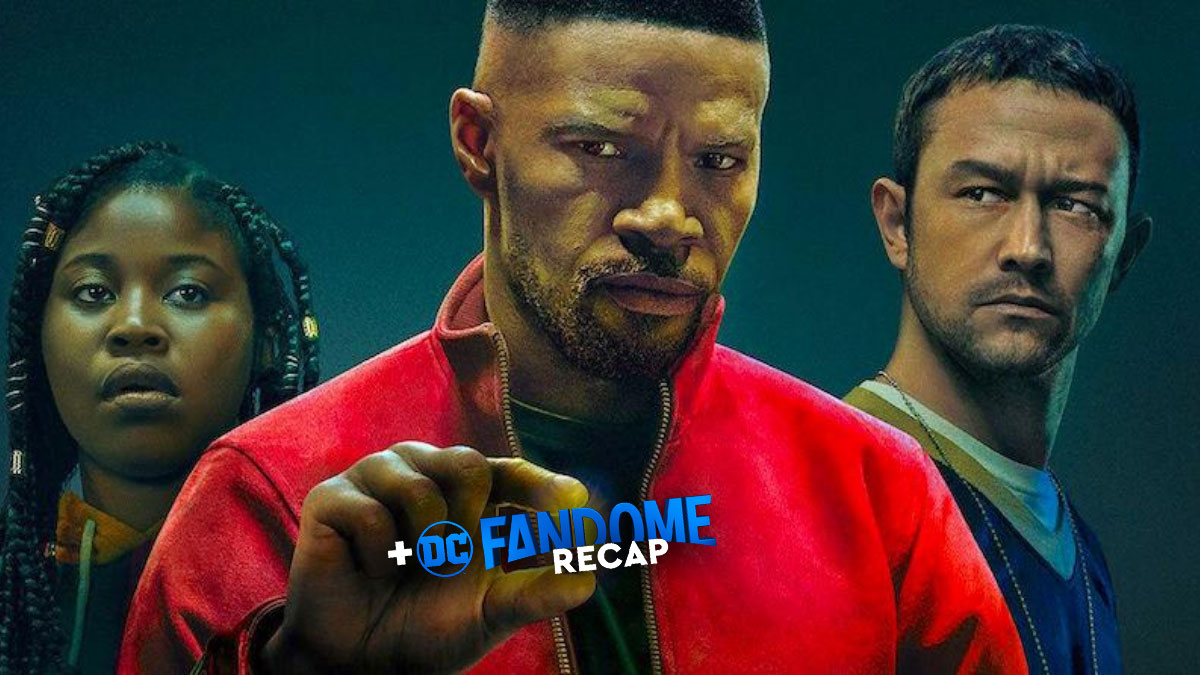 Quinny·
Podcasts
·August 27, 2020
Reader Rating0 Votes
0
Some impressive special effects at play
There are creative fight sequences that we haven't seen before
Joseph Gordon Levitt is immensely watchable in most anything.
Theres a thing about the pistol shrimp that is just ridiculous.
It falls back on obvious tropes WAY too readily.
Some of the plot twists feel completely mishandled and underplayed.
67
AWESOME

PROJECT POWER is the new super-powered Netflix film starring Dominique Fishback, Jamie Foxx and Joseph Gordon Levitt. It follows the misadventures of a group of ne’er do wells as they attempt to unravel the mystery behind a new kind of drug that gives the user actual super powers for 5 minutes.

Quinny and Dion are joined by Peta and Jill to see if this (surprisingly) big-budget little film, is a bitter pill to swallow or if we just need a spoon full of sugar to help this medicine go down.

As an addendum this week we looked at winners and losers of the DC FANDOME event that occurred on August the 22nd, while looking ahead to the second half of it coming up in September. Of course, as a part of that, we got excited for new trailers… because thats what we do around here.

As always thanks to our supporters who joined in with the conversation on the Twitch stream. We are live and loud each Tuesday night at 7:30pm AEST.

Please make sure to join our social networks too, we are on the following accounts…