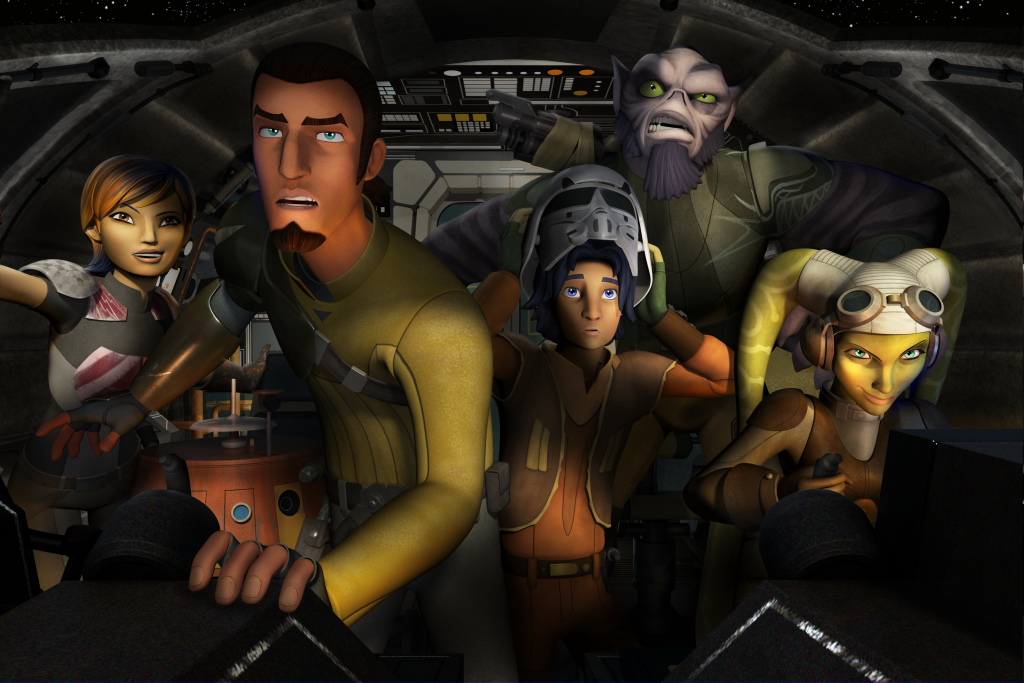 The Star Wars universe is large and complex, featuring hundreds of movies, books, comics, games and – of course -cartoons. In this animated realm we go from the ridiculous to the sublime: in the ’80s, shows like ‘Ewoks’ and ‘Droids’ comprehensively demonstrated how NOT to do tie-in cartoons. At the sublime end of the spectrum is Genndy Tartakovsky’s ‘Clone Wars’ animated series and its longer CGI-animated successor. These raised the bar not only for animated serials, but for Star Wars as a brand.

Now Dion and Quinny don their Jedi cloaks and fire up their blasters to have a good hard look at ‘Star Wars Rebels’, the first animated Star Wars series to be released under the Disney Studios banner.