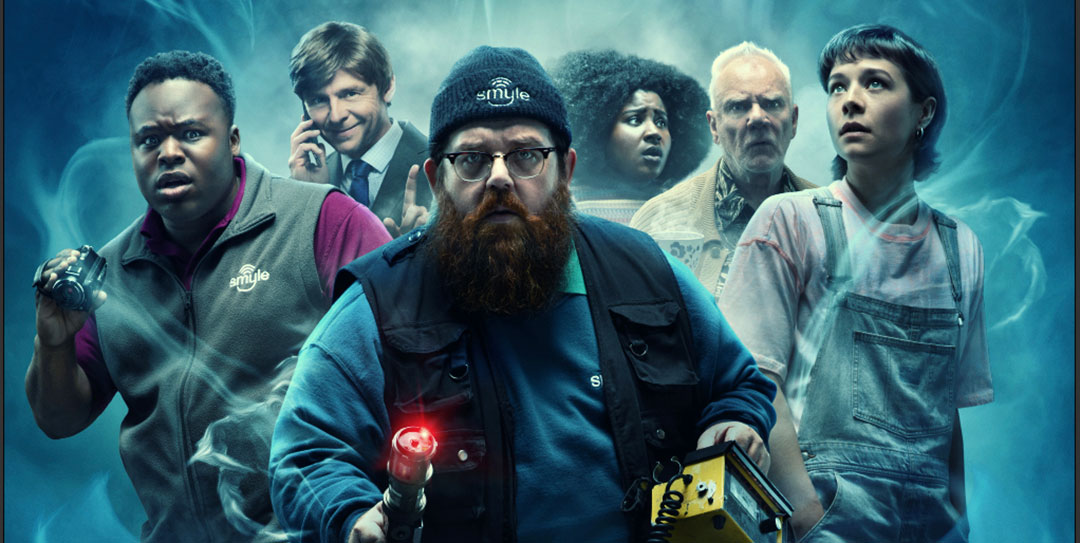 Quinny·
Podcasts
·October 22, 2020
A fun combo of goofy and spooky.
Reuniting Pegg and Frost was a good idea, which maybe wasn't quite enough to make this a classic, but still makes for a lot of fun. The secondary cast and cameos do a lot of the heavy lifting.
Dion
80
Quinny
85
Peta
80
Jill
80
Reader Rating1 Vote
87
Postives
It's always fun spending time back in the company of Nick Frost and Simon Pegg; they're a wonderful pair.
The allusions to cinematic tropes and other TV shows is fun as is playing "hunt the reference".
The cast is enjoyable and their interactions are often pleasantly surprising.
Negatives
Unfortunately Nick and Simon aren't together that often, so the chemistry is a little sparse.
Sometimes the jokes just don't land quite right, or the timing feels stilted or forced.
The VFX are definitely on par with the usual standard of British TV.
81
AWESOME

The most dynamic duo in Pop-Culture since Batman and Robin have paired back up to bring us something deliciously SPOOKY just in time for Halloween! Nick Frost and Simon Pegg have re-teamed for Truth Seekers: an eight-episode Amazon Prime Video series full of ghosts, ghouls and high capacity broadband connections.

It’s dynamic duos all round in this show with Dion and Quinny joined by Jill and Peta for this special spoiler-free preview of the series that is being released just in time for Halloween on October 30th!

The live recording of the Tuesday night Twitch Stream is available on our Youtube channel here!

As always, thanks to our audience community who joined the conversation live on the Twitch stream and especially any who supported us by chucking a tip in our jar via Ko-Fi. Our recording sessions are streamed live and loud on Twitch each Tuesday night at 7:30pm AEDT!

WE WANT YOUR FEEDBACK! Send in voicemails or emails to info@theperiodictableofawesome.com